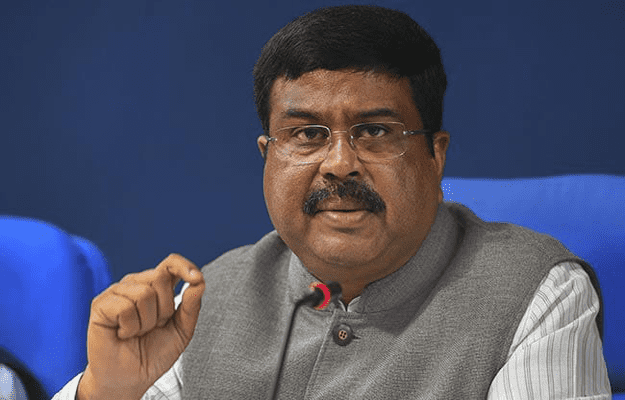 New Delhi: India Union Education Minister Dharmendra Pradhan notified that around 15 crore children, including youths in India, are not recorded under the formal education system.

In a Confederation of Indian Industry (CII) yearly conference, Pradhan figured that nearly 25 crore is under literacy’s primary outline.

Union Education minister Pradhan stated that only 35 crores out of 50 cr children, between 3-22 years, are enrolled in academics.

This estimated figure states that around 15 crore from this age group is without the formal training scheme.

“If we get into report the figures of teenagers and children within the age of 3-22 years who are registered in state, private and philanthropic institutions, anganwadis, Higher Education Institutions, including in the whole skilling system, the total value from all the areas is about 35 crore while the nation’s population in the appropriate age group is approximately 50 crore,” Pradhan stated.

“This calculation suggests that at lesst 15 cr kids and teens are awsy from formal education. We need to bring them into the education system,” he continued.

Addressing education, Pradhan stated a census following the nation’s freedom had discovered that 19% of the population was literate at that point.

“Following 75 years of independence day, the statistics of the literate people has touched 80 percent. Which suggests 20 per cent people or about 25 cr are yet under the primary key of literacy,” he stated.

Refining on the different requirements in the latest National Education Policy (NEP), Pradhan stated it is not simply a record, however a route for the coming 25 years to accomplish “some targets by the event we celebrate 100 years of independence”.