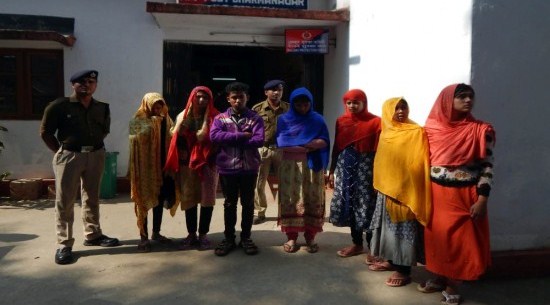 Silchar: As per the reports of Police Authorities, a sum of fifteen presumed illegal Rohingya settlers were seized from a railway station in Assam’s Karimganj district on Saturday.

Officials stated that the Rohingyas were attempting to go back to Bangladesh via Tripura, which bestows an 856 km border with Bangladesh.

Following apprehending, they were brought into custody at the Badarpur station by Railway Protection Force (RPF) personnel after they arrived by Kanchanjunga Express from New Jalpaiguri, police affirmed.

They were preparing to entrain the Badarpur-Agartala Express for their onwards journey to Agartala.

Through interrogation, they claimed that they had arrived from Aligarh in Uttar Pradesh and were moving to Tripura. Between those seized were six men, three women, and six children, police stated.

“The Rohingya Muslims are not only found in India but they are also found across the world, including countries like Thailand, Indonesia and Malaysia,” a BGB official had stated.