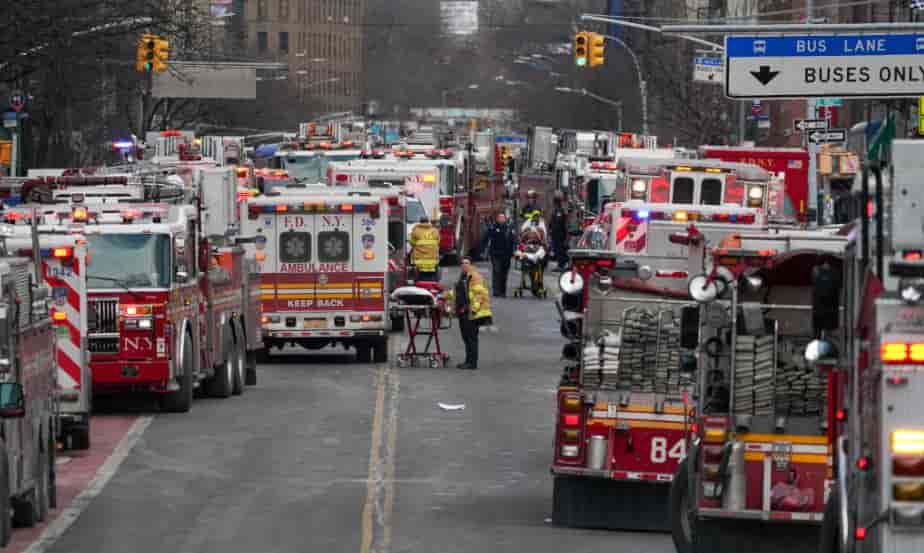 Digital Desk: At least 19 people have been reported killed, including 9 children with dozen others grievously injured after a massive fire broke out at a high-rise apartment building in New York. The incident has been counted as one of America’s worst residential fires in recent memory.

200 firefighters along with rescue team reached the spot to respond to the blazing fire and evacuate people locked inside their rooms. The fire broke out on the second and third floors of a 19-story building in “The Bronx”.

Witnessed narrated horrific scenes of the fire incident, where residents trapped inside their rooms, screamed for help from windows, as the fire continued to engulf the building. The city’s fire chief said that the fire caused by a portable electric heater, leaving victims on every floor.

Mayor Eric Adams while speaking to media persons said that 19 people were confirmed dead and 63 others injured, including several others in critical condition. The Mayor called this incident as the worst fire incident in America’s history.

The Mayor in another tweet said, “Join me in praying for those we lost, especially the 9 innocent young lives that were cut short.”

Photographs and video posted on social media shoed flames of the deadly inferno as huge smoke and grayish fumes billowed out of the third-story of the building at East 181st Street as firefighters struggled to bring the fire down.

“The fire alarm of course started and then, everywhere was smoke,” said Mohamed Trawalley, 49, a resident of the building.

“So it was definitely devastating. A lot of smoke. Until now, when I clear my throat, all I see is black mucus. It was so serious, I’ve never seen anything like it before.”

The injured were taken to various hospitals; many suffered from cardiac and respiratory arrest ans severe smoke inhalation, officials said.