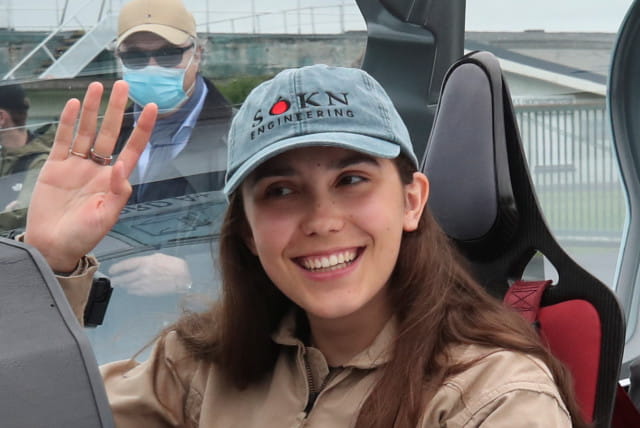 Digital Desk : 19-year-old Zara Rutherford is like any other girl-next door, who would love spend time with her friends, family, engage in socializing and have the teenage fun which every girl of her age would usually do. But the one fun thing and a rather challenging one, she has been dreaming and inculcating through her determination and hardwork, is to pilot an aircraft.

Yes, Pilot Zara Rutherford, took off on Wednesday at the start of a three-month bid to become the youngest woman to fly solo round the world.

The teen believes that by her initiative, more girls will take up science and work in STEM (Science, Technology, Engineering and Mathematics), and spark girls’ interest in aviation.

“Growing up, I loved aviation and STEM – science technology, engineering and mathematics, but I didn’t see many other women or girls doing that. I just always thought that was quite sad or discouraging,” Rutherford told Reuters. “I’m hoping that I can encourage girls to go into this field.”

Rutherford is looking forward to take over the title from Shaesta Wais, who became the youngest woman to fly solo round the world at 30.

The youngest male to achieve this record is Mason Andrews who achieved the feat at the age of 18 years.

Zara Rutherford will take about three months to cover the journey. She will make 52 halts in 52 countries – including China, Greenland and Nicaraguya where she is planning to stay with local families or in hotels.

Rutherford actually wants to become an astronaut and with both her parents being pilots themselves, Rutherford is sure to take forward her family’s legacy of becoming the next pilot in the family.

Drug Mafia Bellal Sheikh killed in an encounter in Dhubri