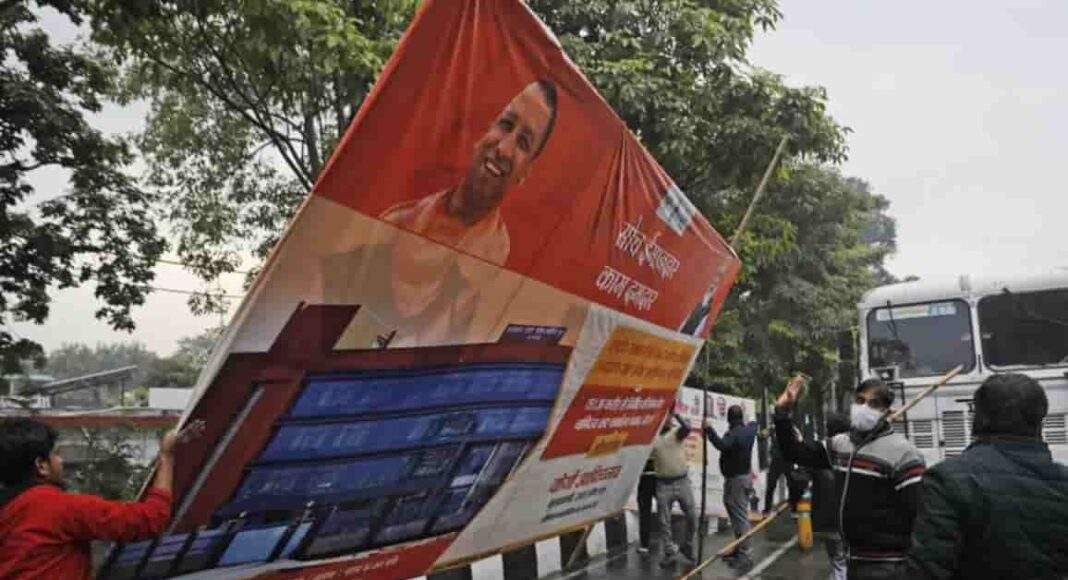 Digital Desk : A day after the announcement of the upcoming Assembly Elections 2022 for 5 states of India, the Central Government is overseeing the security preparedness in the poll-bound areas, so as to prevent any unforeseen poll-violence incidents. The Union government has decided to deploy 225 companies of the central security forces (CAPF) in UP assembly elections.

The announcement was made by a home ministry communication issued on Sunday.

The voting for the upcoming assembly elections to the five states shall commence from February 10 and continues till March 7. The elections commission has announced that the voting will take place in seven phases.

“In pursuance of the recommendations of the ECI (Election Commission of India), it has been decided in the ministry to initially deploy 225 companies of CAPFs in Uttar Pradesh for area domination and confidence building measures to ensure peaceful conduct of assembly elections – 2022,” reads the MHCA communication, seen by HT.

The decision comes onto fore following incidents of post poll violence in many states in the recent times. People familiar with the development confirmed that initially 225 companies are being sent to the state, which is sensitive in terms of law-and-order situation during elections. More companies would be sent later depending on the ground situation and to assist Uttar Pradesh police, officials said.

Eyes are on UP assembly elections this year, as the ruling BJP party and other opposition are raising the issues of identity politics (religion and caste) to decide the fate of the poll outcome in the state.

Officials familiar with the above arrangement have also confirmed of similar security preparedness in other states – Punjab, Goa, Manipur and Uttarakhand.

Also read: Owaisi’s & Nizam’s names will be forgotten like Article 370 is scrapped in Jammu and Kashmir: Assam CM

The home ministry has directed the UP government to construct the framework of the entire security force deployment plan in consultation with the respective forces and chief force coordinator for UP, who is an inspector General rank officer of CRPF.