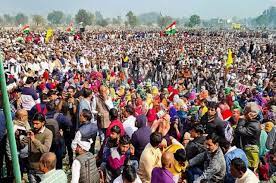 New Delhi:  Around 40 farmer organizations will hold a large meeting at the Singhu border in the national capital.

The meeting will discuss the proposal for the return of farmers’ homecoming and the constitution of the MSP committee.

Sources have stated that most of the farmers from Punjab are willing to end the agitation and go back to their homes.

Many farmers’ groups of Punjab are in support of closing the agitation following the victory of the movement. Whereas, many farmers’ organizations want to resume the protest for other demands, including MSP law and withdrawal of cases. For finalizing the strategies, a large meeting will be held today.

In the meeting of the organizations held yesterday, there was an agreement that with the removal of agricultural laws from the Parliament, the movement has won.