52 killed in a fire that breaks out in a factory: Bangladesh 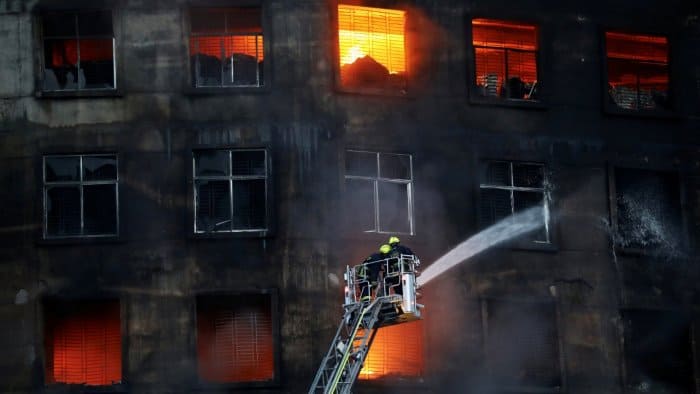 Dhaka: A massive fire burst out at a six-story factory outside Bangladesh’s capital city Dhaka. At least 52 people were found dead, and around 50 others were injured.

According to fire officials, the fire broke out at about 5 pm on Thursday at the Shezan juice factory in Naryanganj’s Rupganj.

It is assumed that the fire began from the structure’s ground level and increased immediately due to chemicals and synthetic containers.

Several workers plunged off the construction to escape the destructive fire, as per media reports, leading to further damages and casualties.

Around 18 firefighting assemblies were running to extinguish the blaze. Numerous operators are determined to be missing. Of the various missing, the identifications of 44 missing operators have been approved, a media report stated.

Numbers of troubled families and other operators anticipated anxiously outside the food industry seeking their beloved ones who are still missing.

The district administration has formed a five-member probe committee to look into the incident.

This is not the primary time such an event has happened in Bangladesh. There has been a string of accidents in manufacturing associations and apartment constructions that have hampered Bangladesh’s manufacturing safety measures.