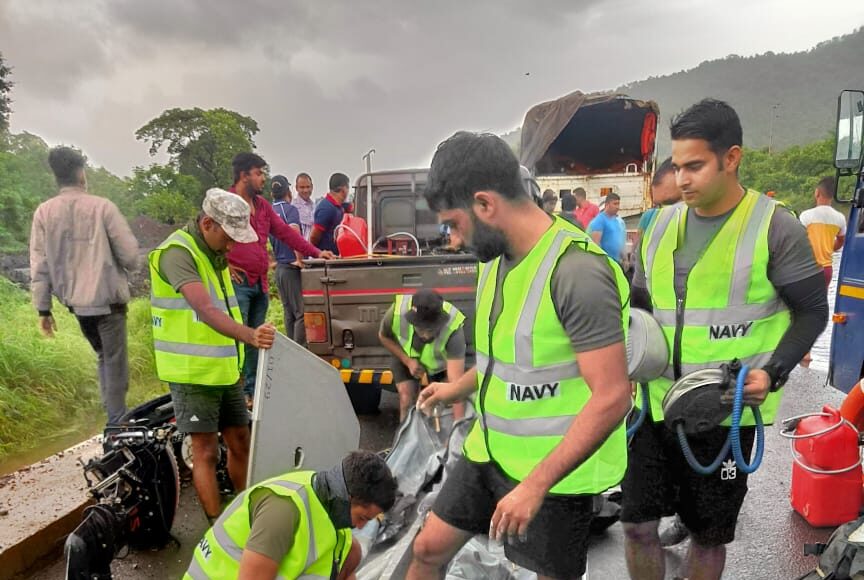 At least nine persons were killed as unprecedented torrential rains pounded the coastal and western Maharashtra for the past 36 hours. Several towns and villages in Raigad, Ratnagiri have been flooded, marooning thousands and over two dozen villages were completely cut off from the rest of the state.

Additional three more teams of NDRF reached Chiplun, while four teams are already engaged in rescuing people as incessant showers in the hilly regions of Ratnagiri district wreaked havoc in the coastal town, along with illegal constructions near the Vashisthi river bed and discharge of water from the Kolkewadi dam. The district administration has issued a list of people, who are stuck in the flood. Prime Minister Narendra Modi has spoken to Chief Minister Uddhav Thackeray on Thursday and assured all possible help.

Telangana chief minister K Chandrasekhar Rao has also put the entire administration on high alert after heavy rains and huge inflows from upstream Maharashtra and Karnataka began flooding large swathes of the state. “More care should be taken on Godavari and Krishna rivers catchment areas,” the CM told the roads and buildings (R&B) department to assess the flood situation and examine the condition of roads and bridges.

Bhimashankar, one of the 12 Jyotirlingas, has been submerged in water as floodwater surrounded the historic temple. On the other hand, over 100 people were moved to safety in Sangli overnight after the Krishna river breached the danger level. Two people were reported buried in Wai Devrukhwadi after five houses were damaged following heavy rains.