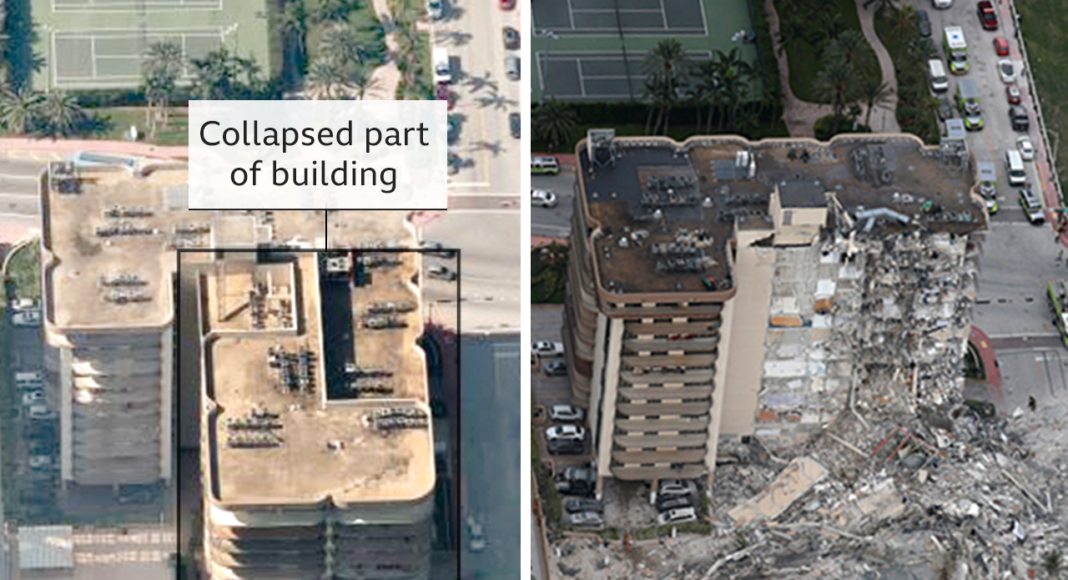 A 12-story residential building collapsed early on Thursday in the South Florida town of Surfside, USA. Approximately 100 people have been left unaccounted, and dozens of people are missing.

Rescuers said the structure was dangerous and unstable according to Miami-Dade Mayor Danielle Levine-Cava. It is unclear how many people were in the building at the time. The cause of the collapse remains unclear.

Relatives of the first lady of Paraguay are also among the missing, Paraguayan officials said. Rescuers pulled 35 people from the wreckage, officials said. Ten were assessed and treated, of whom two were sent to the hospital.

Relatives of the missing have been huddled around a community center a few blocks from the collapsed building, waiting for information and fearing the worst. President Joe Biden said he was waiting for Mr. DeSantis to declare an emergency and officials from the Federal Emergency Management Agency (Fema) were already at the scene.

“I say to the people of Florida, whatever help you want, what the federal government can provide, we’re waiting, just ask us. We’ll be there,” Mr. Biden said.