A string of blasts in Kabul school kills at least 55 schoolgirls: Afghanistan 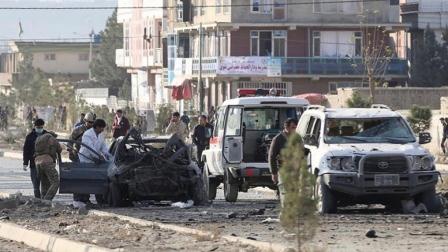 Kabul (Afghanistan): On Saturday in a string of blasts in Afghanistan's Kabul, nearby 55 innocent schoolgirls lost their lives, around 150 injured. The occurrence took place near the Shiite district of West Kabul.

Afghanistan President has laid the charge on the Taliban but the group has condemned the attack and refused any responsibility. The official informed that most of the casualties were students coming out of the Sayed ul Shuhada school.

Ghulam Dastagir Nazari, a spokesman for the health ministry, said 46 people had been taken to hospitals so far.

"I was with my classmate, we were leaving the school when suddenly an explosion happened, “ said Zahra, a victim of the blast whose arm had been broken by a piece of shrapnel. “Ten minutes later there was another explosion and just a couple of minutes later another explosion,” she said. “Everyone was yelling and there was blood everywhere, and I couldn’t see anything clearly,” added Zahra.

“The horrendous attack in Dasht-i Barchi area in Kabul is a despicable act of terrorism," the European Union’s mission in Afghanistan said on Twitter.

“Targeting primarily students in a girls’ school makes this an attack on the future of Afghanistan."