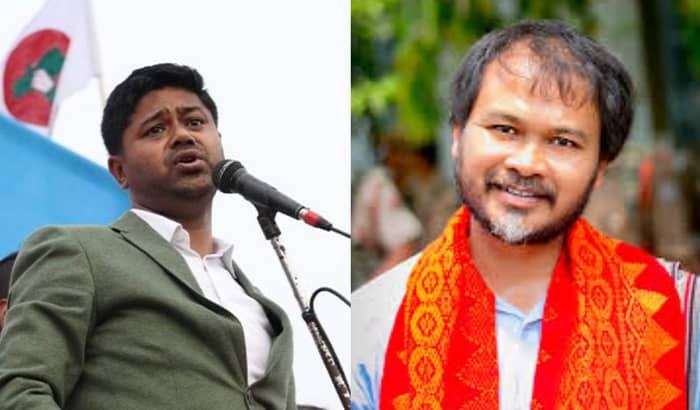 Guwahati: Assam Jatiya Parishad president Lurinjyoti Gogoi on Thursday met imprisoned KMSS leader Akhil Gogoi who is undergoing treatment at Gauhati Medical College and Hospital (GMCH). Post visit, the AJP leader put its seal of approval on the alliance between AJP and Raijar Dal saying that Akhil too gave his assent and showed support for the alliance for the upcoming elections.

“This is the first time I met Akhil Gogoi officially after we became presidents of our respective parties. We have discussed all aspects in detail and decided that all regional forces should come together to fight the BJP out of Assam,” added Lurinjyoti Gogoi.

Also read: Participating in protests, demonstrations will cost you your chance of a government job, passports, loan grants: Reports

Reiterating his call for Akhil Gogoi’s release at the earliest, the former All Assam Students’ Union (AASU) general secretary said: “We took stock of Akhil Gogoi’s health. We feel the government is keeping him confined with an undemocratic and fascist mentality. We demand immediate and unconditional release.”