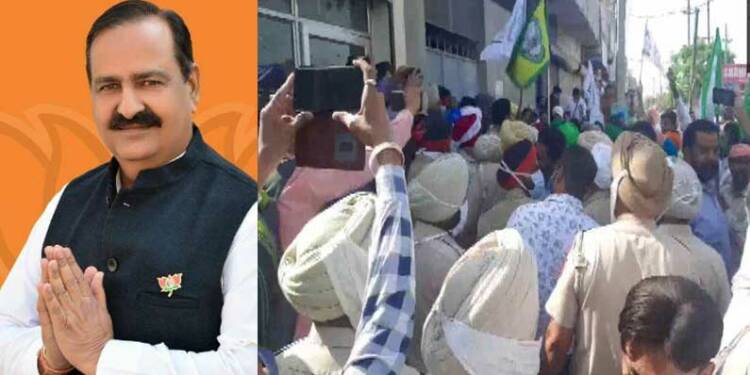 In latest developments in the attack of BJP MLA Arun Narang by a group of farmer’s in Punjab’s Mukstar district, 21 people have been arrested. According to sources, Bhartiya Kisan Union (BKU) Mukstar President Sukhdev Singh was also involved in the attack and has been arrested for the same.

Punjab Chief Minister Captain Amarinder Singh had ordered the police to carry out a detailed probe in this regard.

The BJP MLA was on his was to address a press conference when he was attacked and his clothes were torn by a group of farmer’s in Muktsar district on Saturday even as police personnel attempted to move the MLA to a safe place.