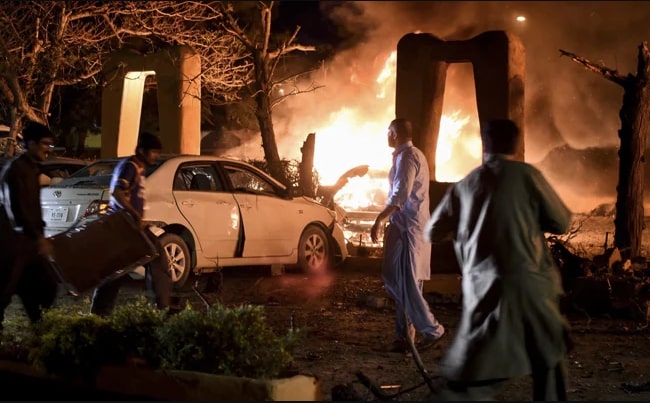 Islamabad: At least 4 people were reported dead while 12 others severely injured after a bomb exploded at a top hotel hosting the Chinese ambassador in southwestern Pakistan, officials said late Wednesday.

The blast took place outside Serena – a luxury hotel chain throughout Pakistan – in the city of Quetta, the capital of Balochistan province where the military has been fighting a decade-long low level insurgency.

Addressing the media, Pakistan’s Interior Minister Sheikh Rasid Ahmed said, “At least four people have been killed and 12 others were injured. A Chinese delegation of around four people led by the ambassador was lodging in the hotel. The ambassador was out for a meeting when the explosion took place,” he added.

Balochistan, rich with natural resources is still a poor state – a source of great anger and resentment among its residents who are deprived of fair share of the gas and mineral wealth.