FIR against pigeon for carrying 'suspicious paper' near Indo-Pak border 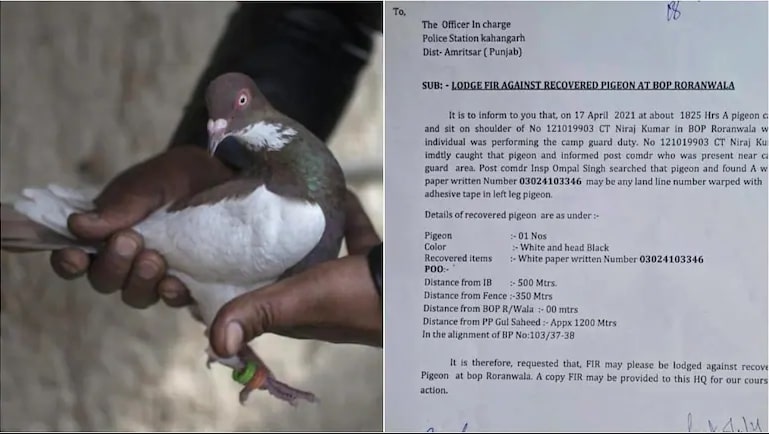 Amritsar: Security forces along the Indo-Pak border at Punjab caught one suspicious pigeon when it came flying near a constable near a constable who was on duty at BOP Roranwala. An FIR has been lodged against the pigeon which was carrying a piece of paper tied to its legs.

The pigeon was caught on April 17 evening when it came and sat on the shoulder of constable Neeraj Kumar while he was on camp guard duty at the post, which is 500 meters from the border with Pakistan.

As per reports the constable quickly caught hold of the pigeon and informed its post commander who then scanned the pigeon. A white paper was found attached to the bird with adhesive tape with a number written on it.