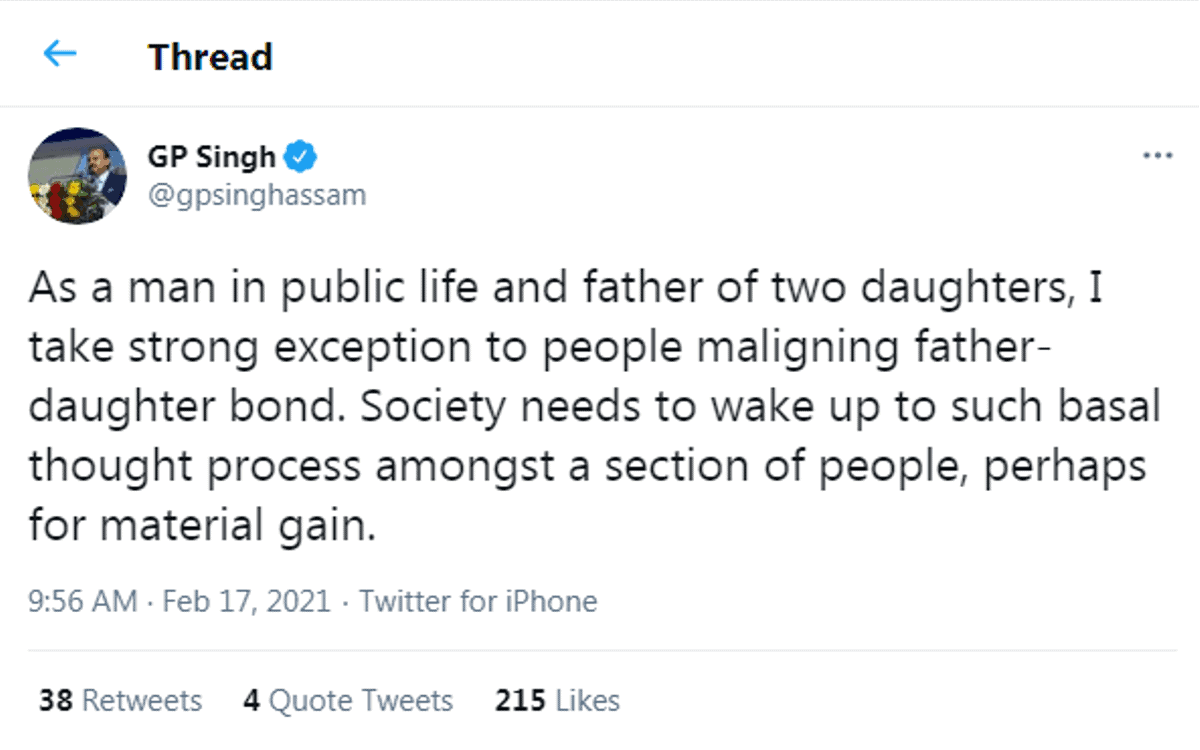 Guwahati: Five people including editor-in-chief of a local web portal in Assam has been apprehended by Assam Police after the web portal published a malicious news tarnishing the image of the State Minister.

The web portal posted a malicious photo of the state minister along with his daughter in an intended way to malign the image of the minister and directly tarnishing the pure relationship of father and daughter.

Netizens as well as people have highly condemned the news piece which went viral in social media. Following the news publication, the Editor-in-Chief of the web portal along with five others have been arrested.

Taking to twitter, IPS officer, GP. Singh, has condemned the news piece by saying, "As a man in public life and father of two daughters, I take strong exception to people maligning father-daughter bond. Society needs to wake up to such basal thought process amongst a section of people, perhaps for material gain."