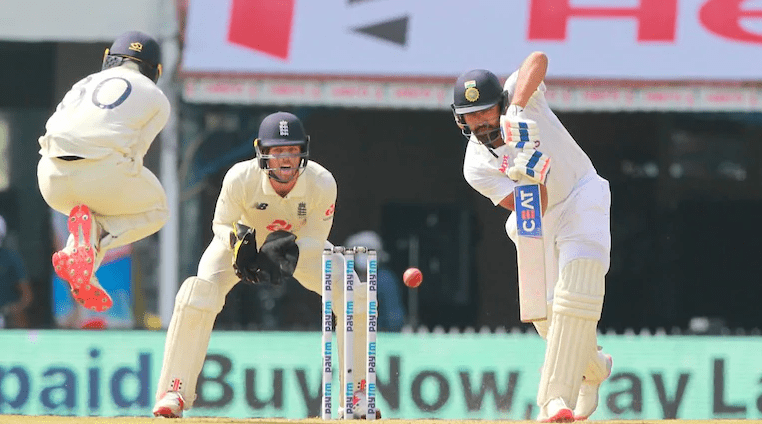 Rohit’s terrific century against England in Tests came first off 130 balls as India reached 147 for 3. The small crowd at the stadium was overjoyed seeing their star create a flutter with his flowing drives, reaching the 50-mark in 47 balls.

Rohit was looking in good form with his bat in the last few weeks since returning to the Test side after injury wasn’t getting the big scores until now.