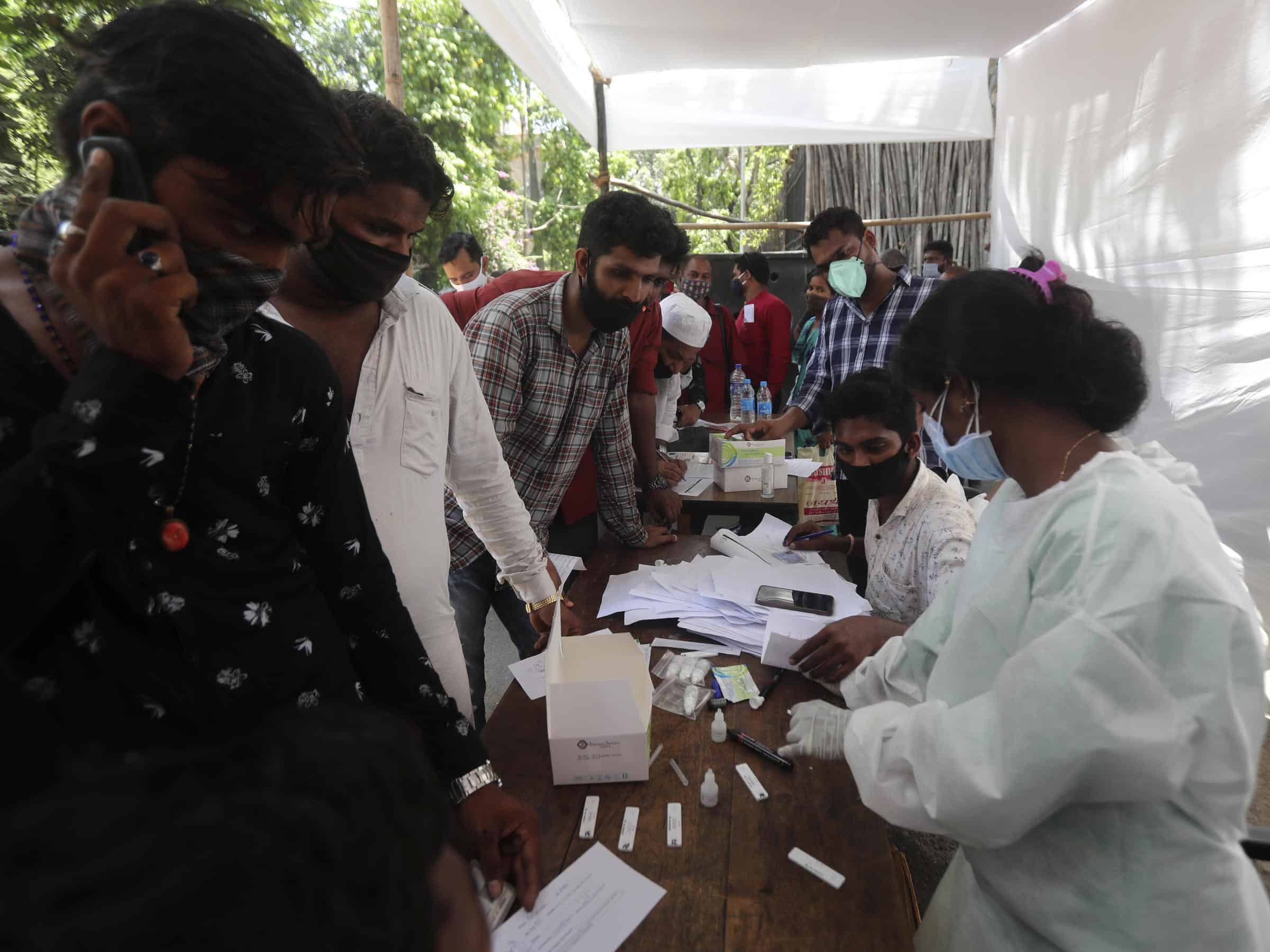 New Delhi: Leaving its previous record India reported 1.15 lakh new covid-19 cases in the last 24 hours, pushing the nationwide COVID-19 tally to 1,28,01,785, according to the data of the Union Health Ministry.

The single-day rise in corona virus cases crossed the 1lakh mark for the second time in three days. A total of 1,15,736 infections were reported in a day, while the death toll increased to 1,66,177 with 630 daily new fatalities, according to the data updated at 8 am.

As Maharashtra holds the highest in corona virus cases, Health Minister Rajesh Tope has sought immediate help from the Centre to make Remdesivir available and supply vaccines as per the demand.

Moreover, the Minister asked the Centre to direct neighboring states to supply oxygen to Maharashtra, demanding to vaccinate everyone above 25 years of age. Maharashtra also asked the Centre’s help to find out if a new strain of virus is leading to the case load. Maharashtra on Tuesday reported 55,469 fresh covid-19 positive cases. The second highest spike in the last two days, taking the tally of infections to 31,13,354, while 297 deaths pushed the toll to 56,330.

Maharashtra had reported the highest spike in daily cases on Sunday, when it added over 57,000 infections. With 2,01,693 new tests, the number of samples tested so far in Maharashtra has gone up to 2,09,17,486, it said

At 10,030 with new cases, Mumbai registered its second highest daily count after a record of 11,163 infections were reported on April 4. The 31 fresh deaths were the highest in a 24-hour period since October-end, the data showed. The state’s recovery rate now stands at 82.98 per cent and the fatality rate is 1.81 per cent.

Union Health Minister Dr Harsh Vardhan said, “In Punjab, 80% of cases are due to the UK variant of COVID-19. This has been confirmed by genome sequencing. The increase in cases is driven with events like large weddings, local body elections, farmer protest, etc.”

It is to be mentioned here that Chhattisgarh, Delhi, Karnataka, Maharashtra and Uttar Pradesh are the five states with the highest rise in daily infections.

Maharashtra is followed by the southern states of Kerala, Karnataka, Andhra Pradesh and Tamil Nadu in terms of the total caseload.