Israel: 40 killed, over 100 injured in stampede during the religious bonfire festival 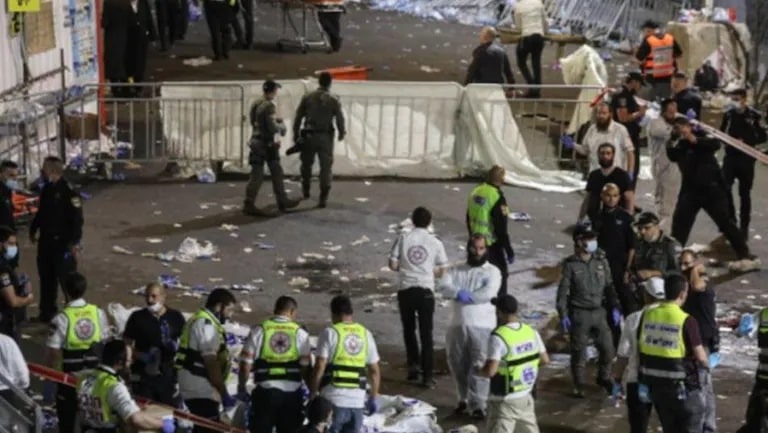 Jerusalem: Nearly 40 were killed while more than 100 injured in a stampede that occurred at a religious bonfire festival in Israel on Friday, medics said, in what Prime Minister Benjamin Netanyahu described as a “heavy disaster”.

As many as tens of thousands of ultra-Orthodox Jews thronged to the Galilee tomb of 2    nd century sage Rabbi Shimon Bar Yochai for annual Lag B’Omer commemorations that include all-night prayer, mystical songs and dance.

Also read: She frantically searched for oxygen, begged, then her mother died

As per witness reports, people were asphyxiated or trampled in a tightly packed passageway, some going unnoticed until the PA system sounded an appeal to disperse, as crowds packed the Mount Mron slope in defiance of Covid-19 warnings.

Injured were ferried to hospitals via helicopters. The Israeli military said search and rescue troops and medical teams were scrambled.