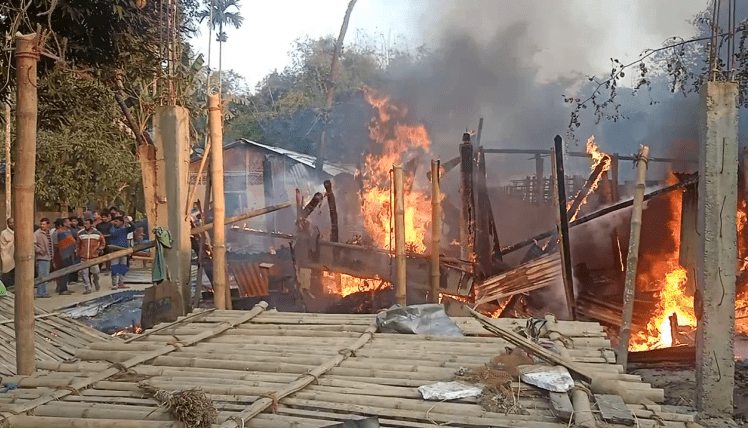 Jorhat: Three houses were gutted in fire after a major fire broke out in the wee hours of Saturday morning in Jorhat’s Baligaon area. Three people are reportedly injured in the fire and are being treated at Assam Medical College and Hospital.

As per preliminary reports, a short circuit triggered the fire leading to a cylinder blast in the area of Jankhona. Lakhs of properties were destroyed in the fire.

The injured have been identified as Bulu Das, Prem Kanta Das and Gyan Jyoti Das. Several fire tenders reached the spot to douse the fire. Police are investigating the incident to find the actual cause of the fire.

It is a developing story. More details awaited.