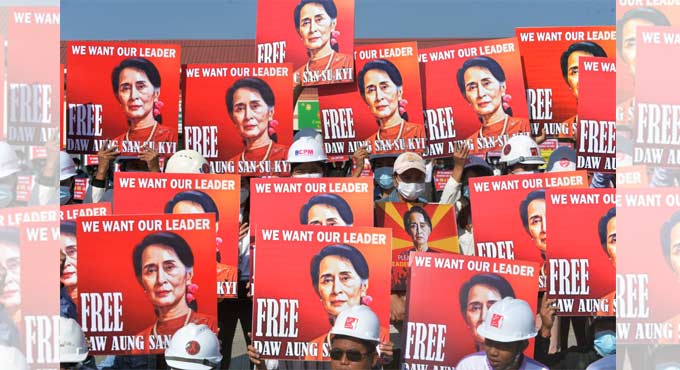 Naypyitaw: Internet services have been restored after an eight hour blackout as Myanmar Army announces the extension of Aung San Suu Kyi’s detention, who was detained in a coup two weeks ago. Following the announcement, the demonstrators again came out on the streets with possibilities of a more intensified protest.

Extra troops were seen in key locations of Yangon, the nation’s commercial hub and biggest city, including armoured personnel carriers near the central bank.

A fresh rally was seen in the southern city of Dawei too, a verified live stream on Facebook showed, with hundreds of protesters accompanied by a marching band.

“Patrolling with armoured vehicles means they are threatening people,” said 46 year old Nyein Moe, among the more than one thousand gathered in front of the central bank in Yangon.