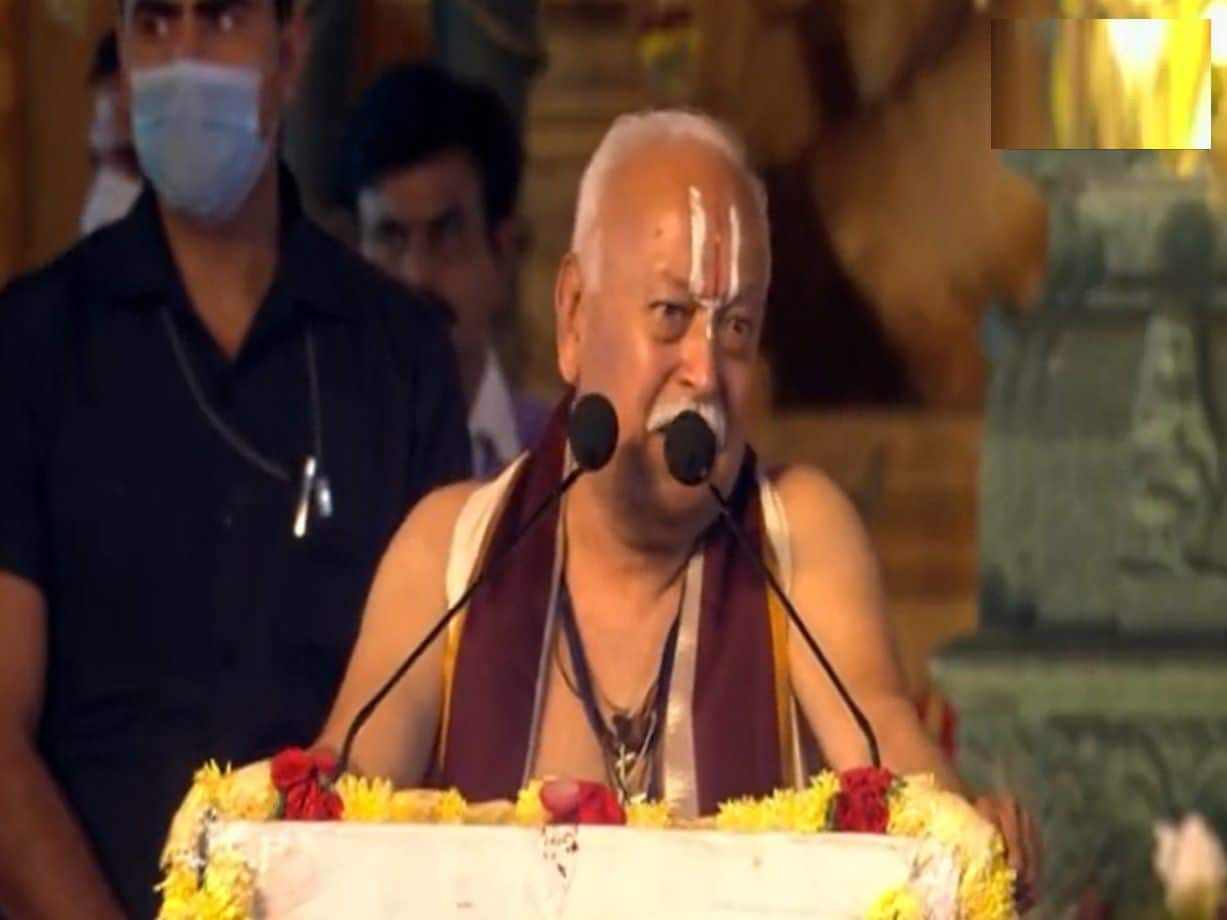 Digital Desk: Rashtriya Swayamsevak Sangh (RSS) chief Mohan Bhagwat said on Wednesday that national interests should always take precedence above personal interests such as family, caste, community, or language. Bhagwat stated while addressing at millennium birth anniversary celebrations at Hyderabad. “Our ability is such that nobody has the power to stand against us. They attempted everything they could to destroy us, but it was in vain. If we had to destroy, it would have happened in the last 1,000 years, but it doesn’t happen. Our 5000-year-old Sanatan Dharma is still alive and it will no one have the power to stand against Hindus.” he said. According to Bhagwat, the entire world began talking about equality after the French Revolution; however, equality has been preached in India from hundreds of years ago, and Ramanujacharya’s message was also about equality for all. Further, the RSS chief stated that the local saints should meet once in a month to discuss how to educate the masses on noble life, and each family should sit down at least once a week to pray, eat, and discuss family and national ideals. Shivraj Singh Chouhan, the Chief Minister of Madhya Pradesh, also addressed at the event. On February 5, Prime Minister Narendra Modi unveiled a 216-foot statue of Ramanujacharya at Chinna Jeeyar Swamy Ashram in Muchintal, on the outskirts of the city. Ramanujacharya, who supported equality in all aspects of life, including faith, caste, and creed, is commemorated by the ‘Statue of Equality.’ The statue’s unveiling is part of the ongoing Ramanuja Sahasrabdi Samaroham, which commemorates Ramanujacharya’s 1000th birth anniversary.