Navjot Singh Sidhu is a cruel person who leaves his mother for money: Sidhu’s sister 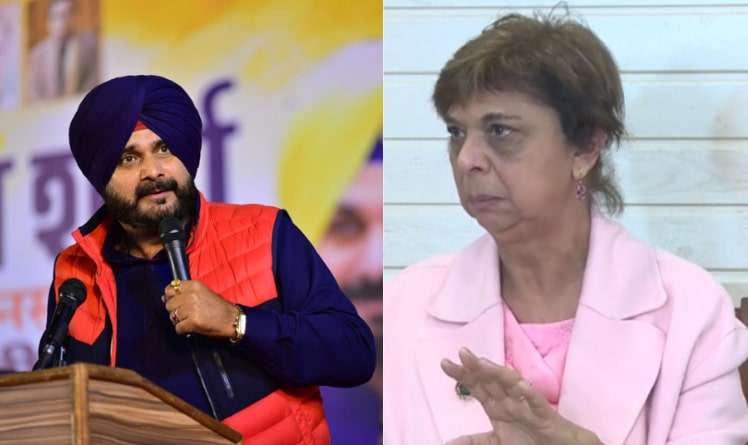 Digital Desk: Eldest sister of Punjab Congress chief Navjot Singh Sidhu has accused him of “deserting” her mother in her old age for the “sake of money.” Moreover, Navjot Singh Sidhu is described as “a cruel person” by his elder sister Suman Tur, who lives in the United States. Tur, currently in Chandigarh, spoke at a press conference on Friday, stating that when their father died in 1986, Navjot Singh Sidhu threw her and her mother out. Tur also claims that her mother died in a train station in 1989. “We’ve been through tough times. My mum spent four months in the hospital. I have full proof evidence of everything that I’m saying.” Suman Tur said. Further, Suman Tur claimed that Sidhu severed connections with them over a property dispute. “In addition to the pension, my father had left assets such as a house and some property.” she said. “For the sake of money, Navjot Singh Sidhu abandoned my mum. We don’t want any money from Sidhu.” She said. Suman Tur, pointing Sidhu as a cruel person, stated that her brother in an interview with a media agency in 1987 lied about their parents’ split. Tur asserted, “Whatever Navjot Singh Sidhu claims about my parents is incorrect.” Further, Suman Tur demanded proof from her brother for stating that their parents had divorced. “After Navjot Singh Sidhu claimed there was a judicial separation between our parents, my mother went to court, but she didn’t find anything related to divorce.” Tur said. Moreover, Tur stated she went to see Navjot Singh Sidhu on January 20, but he refused to meet her and didn’t open the door.   “After several attempts to contact Navjot Singh Sidhu, I was forced to hold a news conference. On his phone, he has blocked me. His servants don’t even open doors for him. I’m looking for justice for my mother.” Suman Tur said. “I am a 70-year-old woman, and exposing these details about our family is quite difficult for me,” she explained. Notably, the allegations against Navjot Singh Sidhu come at a time when the state congress chief is campaigning for the upcoming Punjab assembly election as a candidate for the chief ministership. Punjab assembly is scheduled for February 20, where 117 assembly seats in Punjab will be up for election.