One dose for Rs 16cr: Donation pour in for a baby diagnosed with a rare genetic disorder 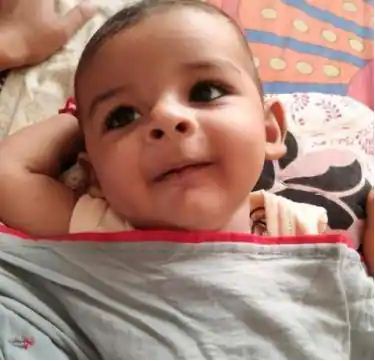 Doctors said, Because of the disorder that affects the nervous system he would not make it past two years of age. The only way he could survive was if they could pay for and import a drug called 'Zolgensma' which costs ₹ 16 cr for one dose and is labeled as the world's most expensive drug.

READ ALSO: African Swine Fever yet to be restrained in Mizoram

"If we could sell everything and exhaust our savings then also we would not be able to afford it," the father Rajdipsinh Rathod said.

Parents of Dhairyarajsinh Rathod felt distressed after the news. Not in their wildest dreams did they imagine thousands of strangers would come together to help them. However, that is accurately what happened thanks to the crowdfunding platform ImpactGuru.

On Wednesday, little Dhairya was given the one-time injection and is said to be doing well. "It's not like the money was collected from millionaires. Common people have helped in this. More than 2.64 lakh people gave the money," Rajdipsinh Rathod said.

According to the UK's National Health Service, the medication is given as a single intravenous infusion. This includes a copy of the absent gene SMN1. This can facilitate movement in babies and young infants experiencing rare genetic syndrome.

In studies, Zolgensma has treated babies to strike breakthroughs. issues such as breath outwardly without a ventilator, sit upon their own, and crawl and walk after a single infusion medication.