There is no mention of Hijab in the Quran: Muslim Organisation on Karnataka Hijab Row 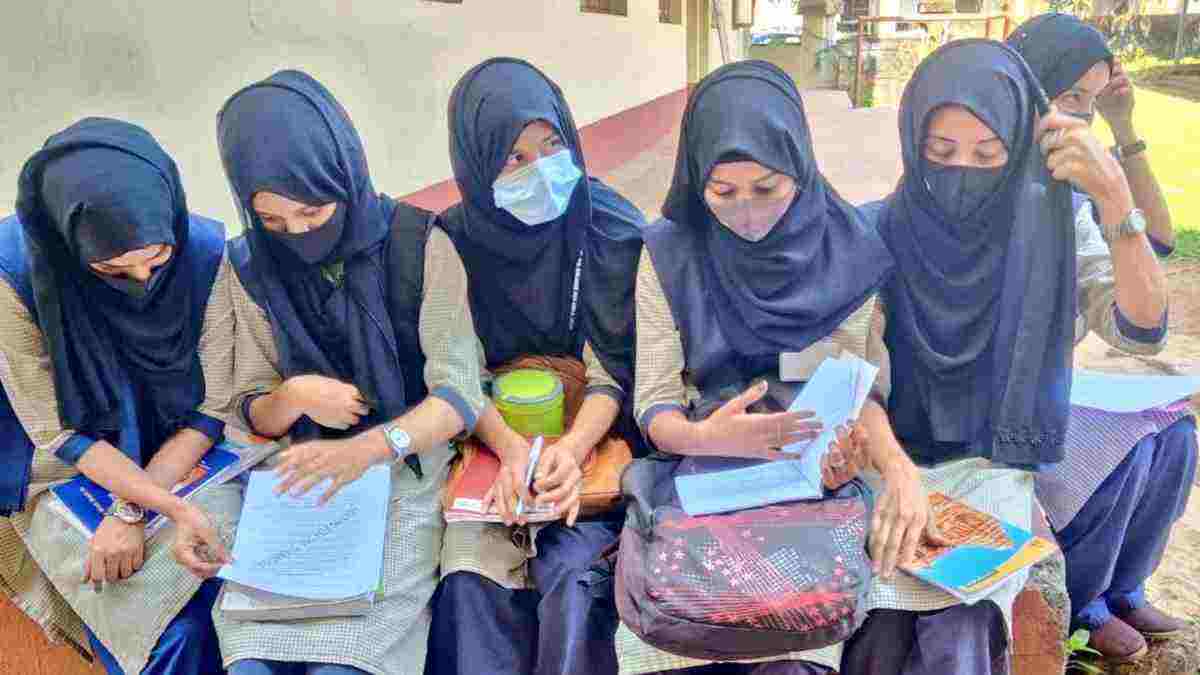 Digital Desk: The reformist Muslim organization Muslim Satyashodhak Mandal (MSM) has commented on Karnataka Hijab Row. The reformist described burqas and hijabs as regressive and patriarchal, claiming that numerous educated women and girls have been forced to wear them because of conditioning and community pressure. In reply to the Karnataka Hijab Row over educational establishments restricting to acknowledge hijab-clad students and these girls being victimized by right-wing workers, the Mandal said that the most reasonable course to crush archaic techniques was education and awareness. Instead of permitting Muslims to confound the habit, Hindutva forces' impassioned objection and counter-mobilization by Muslim orthodoxy and a segment of the Left would sweeten it. The MSM's president, Shamshuddin Tamboli, commented that these head and body covers reflected patriarchy. Hijabs and burqas, according to the Mandal, are not required for Islamic practice. No religious signs or practices should be permitted in schools and educational establishments, keeping secular. Hamid Dalwai, a social reformer and author, established the MSM in 1970 as a Muslim reformist movement. Considerable years before the Narendra Modi-led government enacted lawmaking banning triple talaq in 2019. "The hijab or burqa is neither an essential part of Islam, nor is it a point of faith or practice." This is a by-product of a culture that men conquer. "This is not said in the Quran, which only calls for a proper dress to be worn," Tamboli expressed, counting that face coverings are banned in countries such as Egypt, Syria, and Tajikistan. Also Read: Three-point seat belts are mandatory for all front-facing passengers in car: Government  "Burqas and hijabs are signs of a backwards, male-dominated society... As a consequence, rather than negating this (regressive) habit, these circumstances are backing it," Tamboli described, counting that Muslims are donning burqas and hijabs as a form of defiance. Hindutva communities are opposed to the practice, whereas hidebound Muslim associations and specific left-wing organizations adopt it. Tamboli warned against a rise in identity politics. He noted that academies, planned to mirror principles of equality, scientific nature, and secularism should be held as secular spaces free of hijabs, burqas, and even religious holidays and traditions such as Ganesh Utsav and Saraswati puja. "The times have changed and we should transform our perspective accordingly. Religion should not be a roadblock in growth," he counseled.