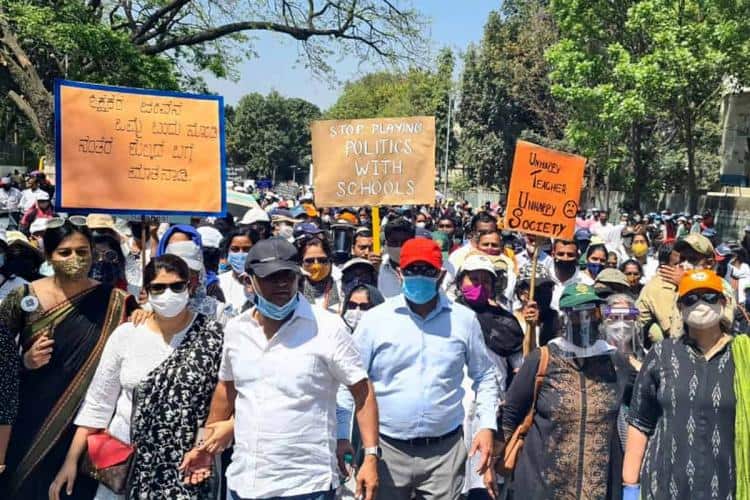 Bengaluru: Thousands of teachers, non-teaching staff and school management members from various private schools in Bengaluru came out to protest against the government’s order of 30 percent cut in school fees. The teachers marched from the city railway station towards Freedom Park holding posters and banners.

On January 29, the State government had arrived at a decision asking all schools to charge only 70% of the tuition fees, after it met with all stakeholders including parents and school managements in order to give some financial relief amidst the pandemic.

However, the 30% reduction was not accepted by many associations who claimed that it would have a cascading effect including the salaries of their staff. "They are saying it’s 30% but in reality it is more than 60% and not just this, we had asked for grants under 371(J) and RTE but have got nothing. We had put forth our suggestions but none of those were considered, so we have no option but to stage a protest. We will compensate for this loss of school day by conducting extra classes," said D Shashi Kumar, President of Associated Management of Primary & Secondary schools in Karnataka (KAMS).