Weird! Minister performs 'puja' inside airport to stave off Covid-19 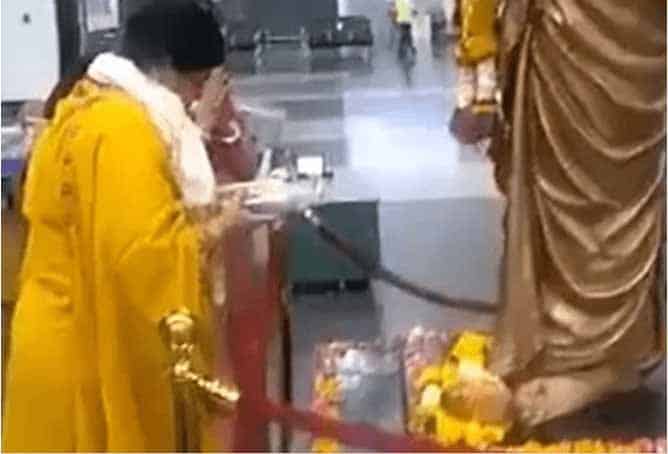 Bhopal: While the nation battles the recent surge in covid cases and number of deaths due to the contagion, there are a few who are going an extra mile to deal with the situation in a bizarre manner rather than logically.

For instance, the Minister of Tourism and Culture of Madhya Pradesh Usha Thakur, has been leading a prayer meet in the airport, though without face mask.

The minister was seen performing 'puja' before the statue of Devi Ahilya Bai Holkar at the Indore airport. The MLA from Indore's Mhow seat - who was seen clapping and singing before the deity - was joined by Airport Director Aryama Sanyas and other staff members at the ceremony.

Ms Thakur has often been seen without a face mask in public, critics say. During assembly session when she was asked why she is not wearing a mask, Ms Thakur had told NDTV that she doesn't need to wear a mask as she performs 'havan' (ritual burning) every day and recites the Hanuman Chalisa.