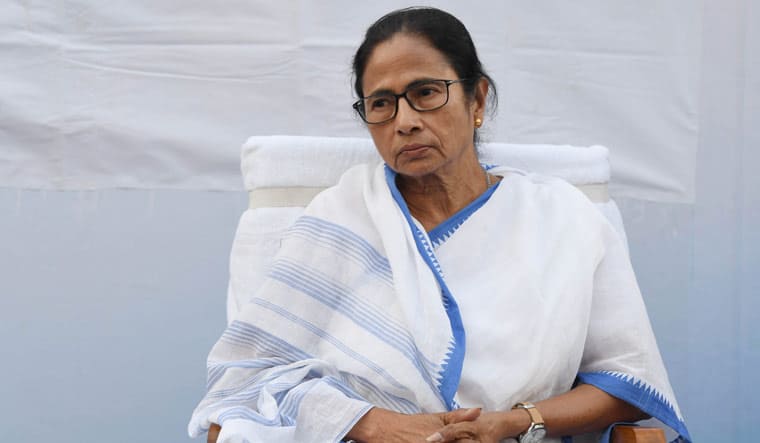 Kolkata: West Bengal Chief Minister and TMC Supremo Mamata Banerjee on Tuesday staged a dharna to protest against the Election Commissions (EC) decision to ban her from campaigning for 24 hours beginning 8 pm on April 12.

Banerjee arrived at Mayo road in Kolkata around 11.40 am and began her sit-in next to a Mahatma Gandhi statue at the venue.

No TMC supporter or leaders were spotted in the venue.

A senior TMC leader, when approached, said, "No party leaders are allowed near the site of the protest. She is sitting there alone."

ALSO READ: Covid positive thieves made to walk barefoot as there was no ‘vehicle’, says Police

The EC has banned Banerjee from doing election campaign for 24 hours from Monday 8pm onwards for her remarks against central forces and a statement which had alleged religious overtones.

“To protest against the undemocratic and unconstitutional decisions of Election Commission of India, I will sit on Dharna tomorrow at Mahatma Murti, Kolkata from 12.00 noon.” the Bengal CM said on social media platform.

The CM was scheduled to address four rallies in the day, two in Nadia and two in North 24 Parganas, which had to be cancelled because of the ban by the EC.