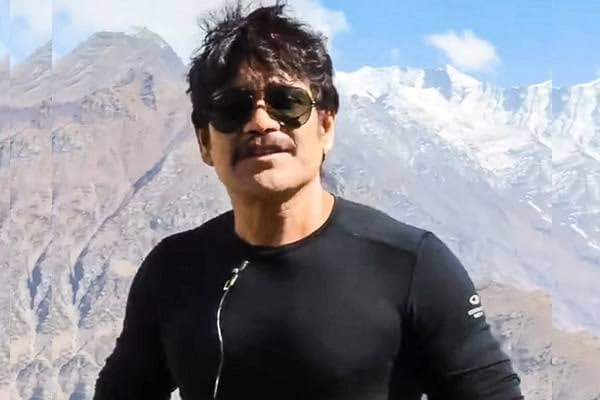 Hyderabad: With his strong physique and rugged good appearances, actor Nagarjuna is simply getting better as the years roll on.

Popularly known as ‘King’ in Tollywood, Nagarjuna turned 62 on Sunday and celebrated his special day with his family and friends in Hyderabad.

The tweet reads, “Happy birthday to my King @iamnagarjuna .. so looking forward to sharing the screen with you again! To great health and happiness always .. thank you for being you !! Lots of love.”

King Nagarjuna thanking his son, revealed his enthusiasm concerning his forthcoming project with Chai. “Thank you ra chai!! Really looking forward to working with you again. It’s going to be a lot of fun,” he replied.

Actor Samantha Akkineni shares a wonderful bond with her father-in-law Nagarjuna. However, rumors stated that Sam’s digital debut series ‘The Family Man Season 2’ has made Nagarjuna and Akkineni families bitter.

However, she wrote a heartfelt pleading tweet for wishing her father-in-law. The tweet reads, “No words can describe my respect for you. I wish you an abundance of health and happiness, today and always. Happy birthday to the man, the phenomena @iamnagarjuna mama.”

Several other tweets were made on Sunday over social media platforms by personalities such as BJP’s co-in-charge for Andhra Pradesh; Sunil Deodhar tweeted, “Wishing @iamnagarjuna Garu A Very Happy Birthday! A great actor that you are, you’ve been gracefully carrying the Legacy of ANR Garu. Wishing you more success, Good Health in the Years to Come!”

Nagarjuna was last seen in ‘Wild Dog’ with his signature style and amazing performance. The story is presently streaming on Netflix. Nagarjuna is currently shooting for his forthcoming film, Bangarraju, with his son Naga Chaitanya.

Aside from providing new stars a break behind the camera, Nagarjuna is also praised for proposing new faces on the silver screen, such as Anushka Shetty of ‘Bahubali’.

No matter if it is television or OTT programs, Nagarjuna makes it certain that he has to bring out the best in whatever he does.

Share
Facebook
Twitter
WhatsApp
Previous articleSmuggling of narcotic drug continues unabated in Assam despite government’s zero-tolerance policy
Next articleI will give her a red carpet welcome if she visits Assam: Himanta Biswa Sarma takes a dig at Mamata Banerjee

There was nothing to pull; Ranjeet says women’s short clothes ended his career