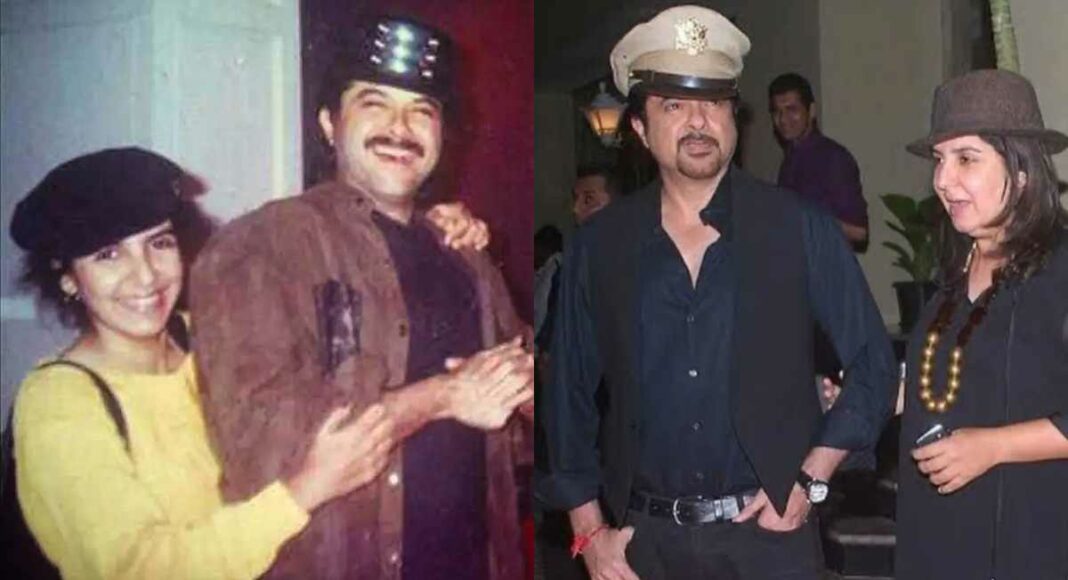 Yet, all her fans loved Anil Kapoor and Farah Khan’s picture the most. Fans have showered love and blessing through the Jai-Veeru look throwback picture post.

In the picture, Anil Kapoor wore a brown jacket over a black T-shirt and had a black cap. Farah Khan, dressed in a yellow top and black cap, held onto him as she grinned.

Sharing the picture, Anil Kapoor captioned it, “Happy Birthday @farahkhankunder! Some things never change, and our friendship is definitely one of them! So glad to have you in my life! Here’sHere’s to always killing it on and off the screen! Love you, Papaji!”

Taking to the comments section, Farah further commented, “Papaji, we are the original Jai and Veeru, Ram and Lakhan. Love you, papaji, you’re the best.”

In December last year, Farah marked her 17th wedding anniversary with her husband, filmmaker Shirish Kunder. On Instagram, she had priceless photos from her wedding album.

Farah had captioned the post, “17 years today! Even then, @shirishkunder s hair was better than mine #anniversary outfits: @manishmalhotra05.”

Is Hrithik Dating Again!! Actor Spotted With a Mysterious Girl…Who is She?