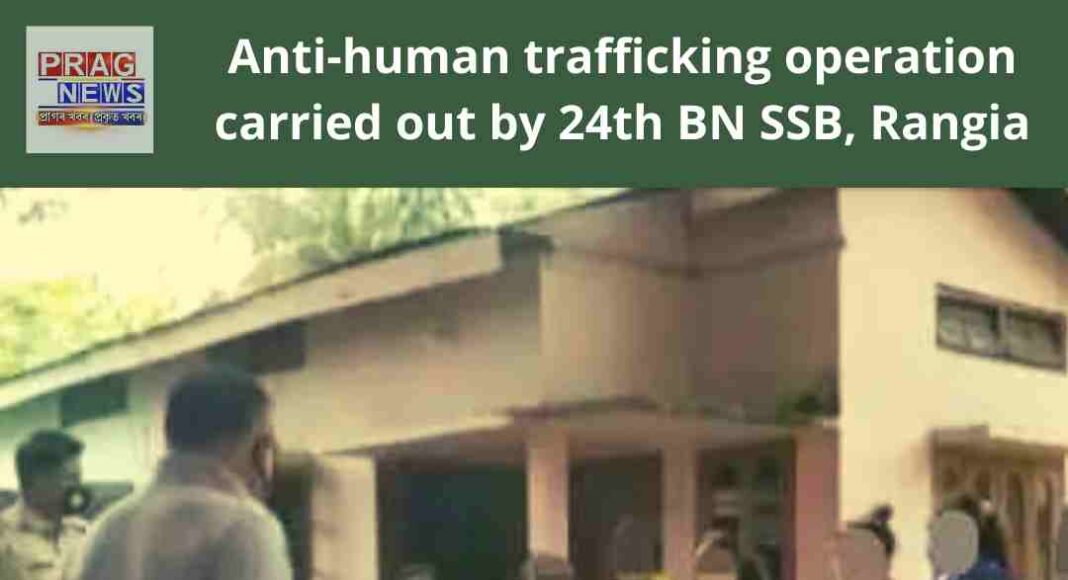 Rangia: An intelligence input received by intelligence set up 24th Bn SSB that a Bus No. GJ-14-V-7111 was observed in AOR of 24th Bn SSB, Rangia along Indo-Bhutan Border with minors.

On spot investigation, it is discovered that traffickers were taking 34 poor villagers (12 male, 22 female including 07 minor). They were carried from the Indo-Bhutan Border region to Rameshwar, Junagarh, Gujarat, influencing them for work in the seafood enterprise.

Seven suspected traffickers were brought into charge by Kumarikata police for investigation. After investigation, 27 people were given over to their parents in presence of respective village headmen of the concerned community. Seven released juvenile/minor girls were assigned to Child Care Line, Mushalpur for rehabilitation.

An FIR has been recorded under section 120(B)370/34 IPC, R/W Sec 26 of Juvenile Justice Act 2000, R/W 16, Labour System Act 1976, R/W Sec 125 Inter-State Migration Act. Sh Hrishikesh Sharma, Commandant, 24th Bn SSB, Rangia stated that this joint operation is a significant discovery in countering human trafficking on the Indo-Bhutan border. It will act as a powerful deterrence for human trafficking eventuality.

It is likewise a matter of security interest how the bus traveled from Junagarh, Gujarat to Assam during statewide lockdown and restriction on inter-state transportation of public transport.

Northeast Was, Is and Will Remain As One: Mizoram CM