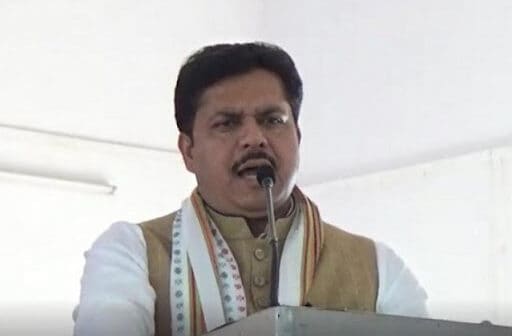 Guwahati: Assam chief minister Himanta Biswa Sarma is likely to meet the leadership of NSCN-IM. An NSCN -IM’s senior spokesperson stated, “There is a meeting with Sarma in Dimapur on September 21. He is likely to meet NSCN-IM general secretary Thuingaleng Muivah during his visit to Dimapur.”

Addressing the matter of peace talks to be held between the leaders of Nagaland and Assam, APCC president Bhupen Kumar Borah questions the capacity of talk between the parties.

In 2015, Prime Minister Narendra Modi had announced the Nagaland framework agreement of the Government of India with NSCN (I-M) by declaring, “Today, we mark not merely the end of a problem but the beginning of a new future.” Surprisingly the framework agreement was not publicly disclosed.

At that point, the Congress party had asked that the contents of the framework agreement be made public. However, till now, nobody knows what is in agreement.

Time passed, but the announcement remained a mere statement, and no one exactly knew or observed anything that had taken place on the ground.

The peace talks ran into trouble following the Centre’s speaker RN Ravi had allegedly circulated a “corrupted” version of the framework agreement, signed within the Centre and the rebel group in 2015 in the presence of Prime Minister Narendra Modi in New Delhi.

Matters did not change, and the framework agreement seemed to be a “Dispute Agreement” as conflicts between leaders of NSC(I-M) and governor Ravi became headlines.

On this grounds, APCC president Bhupen Kumar Borah questions how Assam CM can hold a peace talk without taking the Assembly and Cabinet into confidence?

President Borah stated, “the NSCN(I-M) supports “Greater Nagalim,” and for all we know, it is supposed to cover parts of Assam. Congress party is obligated to holding its state sound and under no conditions will permit any portion of its land into “Greater Nagalim.”

Through the press meet, Borah questions, “Can the residence of Assam trust Assam CM Sarma to protect Assam’s interests when he had miserably failed to do so in the recent Mizoram Assam border issue? Can Sarma be trusted to defend Assam’s interests in his talks with NSCN(I-M) when his blind allegiance to the Delhi BJP High Command’s dictates are well known to all? “

Therefore, the APCC sees the act of participation of Sarma in the talks with full of doubt and suspicion and apprehends that Assam’s interest may be compromised in the long run.

The Congress party once again asked the Government of India to immediately put the contents of the framework agreement of 2015 in the public domain.

The party further demands that the Prime Minister, Home Minister, and CM Sarma should make their intentions public to the people of Assam before venturing into such vague and ambiguous expeditions in the name of peace talks.