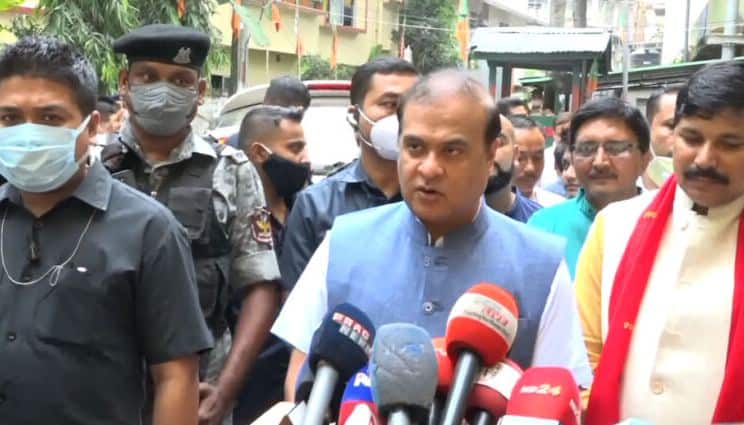 Guwahati: Assam Chief Minister Himanta Biswa Sarma, while addressing media persons announced that the 2019 APDCL examination has been cancelled and will be conducted again.

The announcement was made by the chief minister on Saturday, while addressing the media.

It may be noted here that a Special team of CMs Vigilance group, conducted special operations around Guwahati. As per sources, 10 people have been apprehended till now in connection with the APDCL recruitment scam.

3 persons have been arrested from Jalukbari, 4 from Basistha, 1 from Chandmari and 2 from Dispur.

APDCL OSD Dipankar Dehingia was among the ten arrested persons. Dipankar has been working as an officer on special duty at the APDCL since 2006.

The official report stated that Dehingia was in charge of the APDCL exam. Moreover, he formulated the question paper of the said exam.

Further, the CM vigilance team raided Shashank Saikia’s residence. The team had recovered many important pieces of evidence during the raid.

The CM vigilance team stated that we hope to get more evidence related to the scam in the coming days.