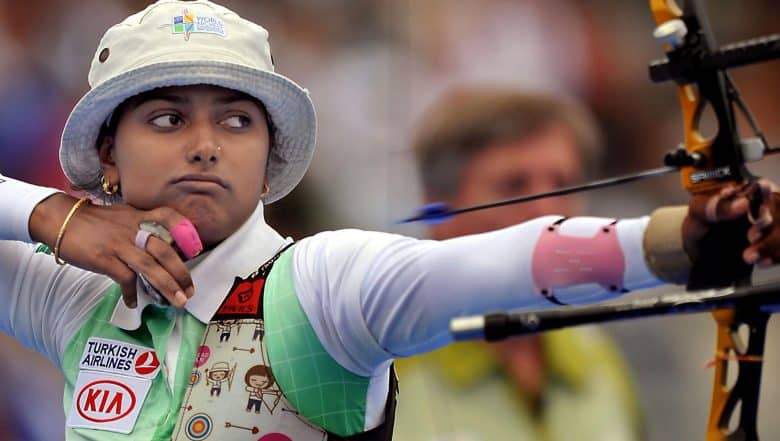 Deepika Kumari scripted history at the Tokyo Olympics by becoming the first archer from India to reach the quarter-final stages at the Games.

India’s ace archer world no.1 Deepika Kumari’s dream of winning an Olympic medal remains unfulfilled and she is not going to be happy with that record as the World No.1 archer returns home empty-handed from her 3rd Olympic campaign.

Deepika Kumari exits Tokyo Olympics 2020 as she loses to the top-seeded An San in the Quarterfinals 2 of the Tokyo Olympics 2021. End of the road for the Indian archer as she lost 0-6 to the Korean. An San, the 20-year-old, has already won the Women’s team and mixed team event in Tokyo.

Deepika Kumari was never in the contest as An San sailed through to the semi-finals despite not being at her best on Friday. It was heartbreaking for Deepika, who looked disappointed with her effort after the straight-set loss.

Deepika showcased one of the below-par performances at the Tokyo Olympics, where she hit four 7s out of the 9 arrows.

It was a test of Deepika’s character but she proved her mettle, shooting a 10, a day after her husband Atanu Das did so to eliminate Korean great Oh Jin-hyek and book a place in the Men’s Individual quarter-final.