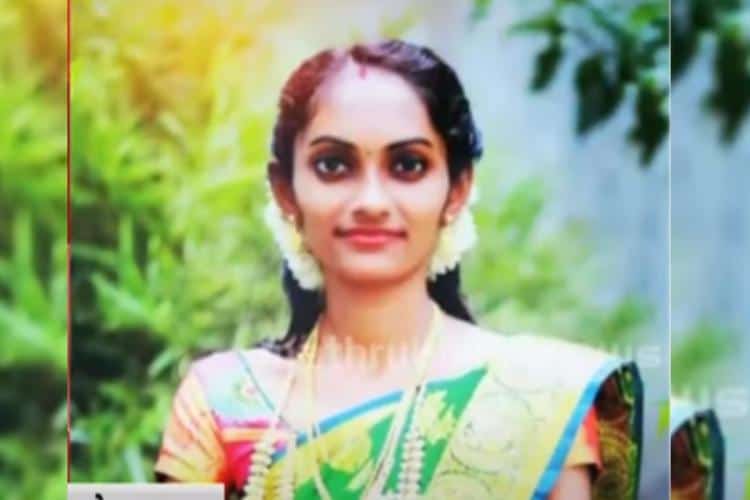 The 24-year-old Vismaya, an Ayurveda medical student, allegedly died by suicide in the bathroom of her husband’s house at Sasthamkotta district in south Kerala on Monday.

Vismaya’s family has alleged torture and harassment by her husband S Kiran Kumar, an assistant motor vehicles inspector, over dowry.

The harassment was allegedly reported over the car by Kumar who used to verbally abuse Vismaya’s father, saying that he deserved more dowry according to his stature but got only very little.

A day after the woman was found dead, the police arrested Kumar and charged him under section 304B of the Indian Penal Code (dowry death). Kumar was taken into custody last night based on her family’s complaint.

Highlighting repeated torture from Kumar’s family, Vismaya’s kin alleged that their daughter was beaten, dragged, stamped on her face, she was mistreated and tortured in her in-law’s house.

A day before the incident, Vismaya sent an SOS to her family in a series of WhatsApp messages over the alleged harassment she was suffering from Kumar over dowry.