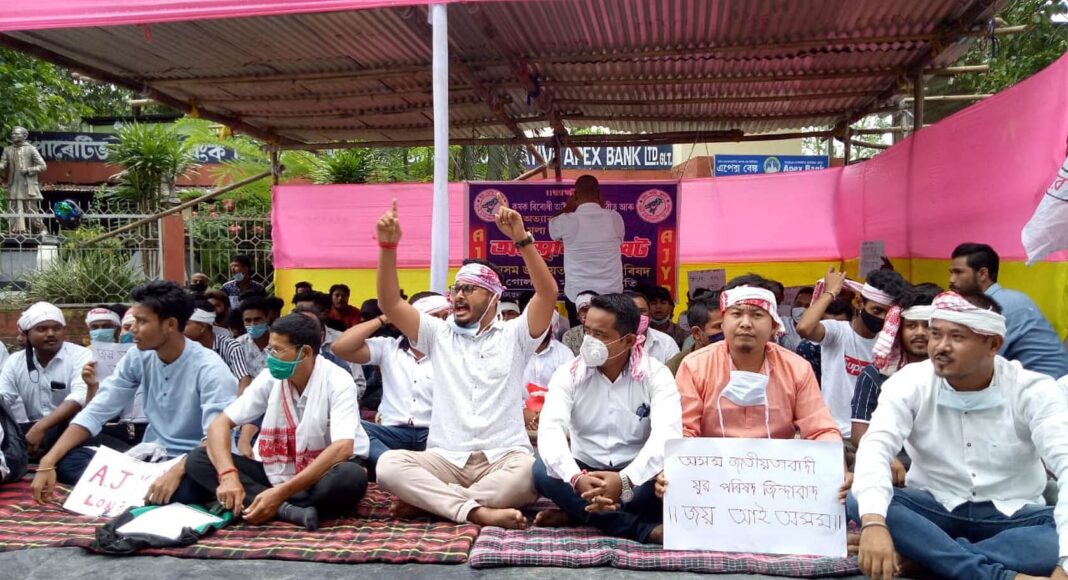 Pathsala: The Asom Jatiya Parishad( AJP), in collaboration with Jatiya Krishak Shakti, has staged a four-hour protest in the Pathsala office. They have demanded proper assistance to the framers of the area throughout the drought situation.

The drought situation brings a lot of trouble and concerns among the farmers of the locality while seeding Sali crop cultivation.

Because of inadequate rain, the area’s farmers had to suffer a lot while growing Sali paddy. The demonstrators asked to open a rice procurement center in every panchayat area. These centers under FCI should grant farmers the correct value for their products.

They further criticized the current MLA of the constituency, Ranjit Dass. They claimed that he was performing the role of the silent observer while the farmers were suffering.

They additionally asked for 100% irrigation in the region. The producers needed to pay proper wages and provide manure and grains free of cost for wintertime farming.

Phani Pathak, central board secretary of the party, took a role in the agitation along with Bajali area president Dilip Das, secretary Golap Talukdar, including additional leaders.

Following, they presented a note to the Chief Minister through the Deputy Commissioner of Bajali.