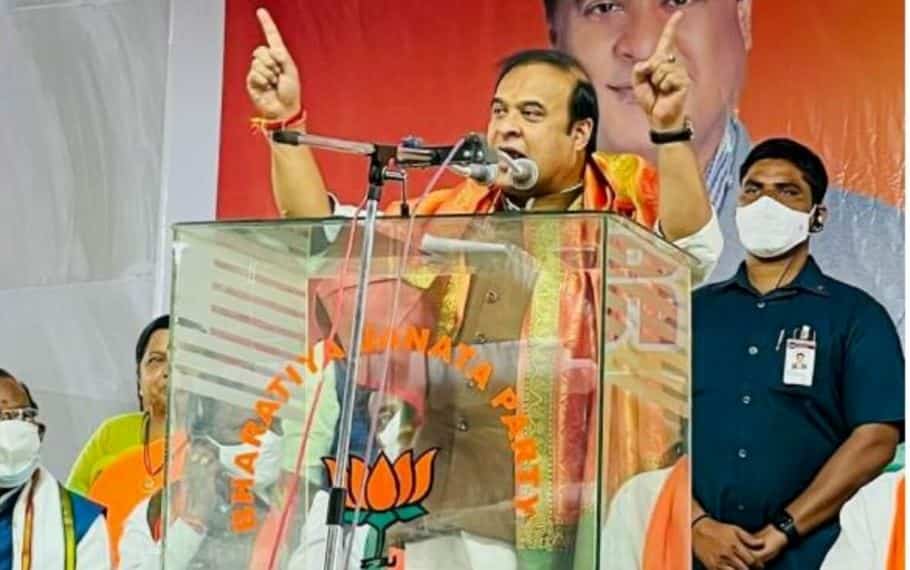 Digital Desk : While the state of Assam caterwaul the much needed employment for its mammoth section of unemployed educated youths, Assam Chief Minister Himanta Biswa Sarma on Sunday claimed that he created 1 lakh jobs in the state while K Chadrasekhar Rao, Chief Minister of Telangana has done nothing for his state except for promoting his family.

The Assam Chief Minister while addressing a public meet at Telangana said that Prime Minister Narendra Modi has dedicated his life for the nation, Telangana CM KCR has done the same too but only for his family members. “KCR is like Aurangzeb. He is continuing Aurngzeb’s hereditary politics in Telangana. Though Assam is very small compared to Telangana, our government has provided one lakh jobs in the state, but here, the unemployment rate is rising,” Sarma said.

Also read : Fearing lockdown, migrants once again march back to their homes

“No one except for the Telangana police supports TRS government. While the Congress dupes the public in the name of Gandhi family, KCR on the other hand is duping the public for his family’s welfare,” added Sarma.

During his speech, the Assam Chief Minister also took potshots at Hyderabad MP Asaduddin Owaisi saying that the day is not far when the AIMIM president’s name like that of the Nizam’s would fade away.

He further added that dictatorship will not be accepted in Telangana and other parts of the country. Dictatorships have not been endorsed by the people.

For the unversed, a ‘Job Mela’ was conducted last month where lakhs of youth thronged to the ‘Job Mela’ sites, conducted across various districts of Assam.

Ecstatic youths reached the job mela sites only to find the jobs of not their requirement and expectation.