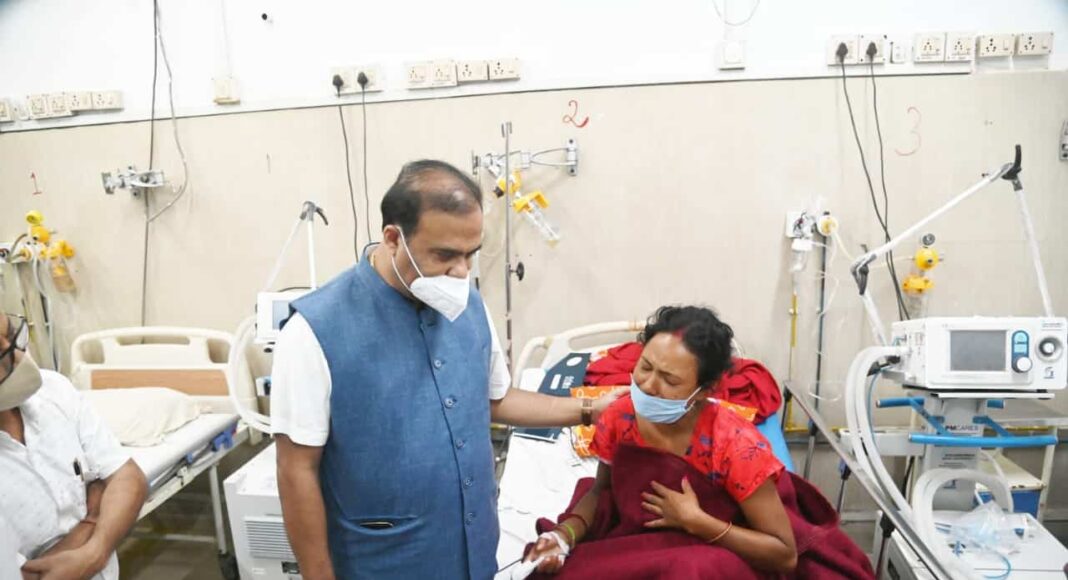 He reviewed the rescue team, cops who are engaged in rescuing the missing individuals.

Chief Minister Sarma has also visted Jorhat Medical College and Hospital (JMCH). He has met the survivors of the incident and is also reviewing the treatment facilities for the horrific boat collision accident victims.

On Wednesday, A tragic incident took place in Jorhat’s Nimati Ghat. A motorboat named ‘Ma Kamala’, headed to Majuli from Nimati Ghat, collided with boat ‘Tripkai’, coming from the island.

Of the two boats, one was a government ferry that belonged to the Inland Water Transport department, and the other was a public passenger boat.

According to sources, two boats were carrying more than 100 passengers collided in the Brahmaputra river, leaving several missing, one dead so far.

Assam Chief Minister conveyed his grief over the death of lecturer Parimita Das. He tweeted on his Twitter handle, “I’m deeply pained at the demise of Ms Parimita Das of Kahilipara, Guwahati, whom we lost in the boat accident. GoA stands by her family in this hour of grief and promises to extend all needful support. I shall be meeting her parents soon. May her soul rest in peace.”

India Prime Minister Narendra Modi also conveyed his sadness over the incident. He tweeted, “Saddened by the boat accident in Assam. All possible efforts are being made to rescue the passengers. I pray for everyone’s safety and well-being.”

Prime Minister Narendra Modi has stated that all possible efforts are being made to rescue the passengers.

Union Minister of Ports, Shipping and Waterways, Sarbananda Sonowal, tweeted, “Anguished to learn of the ferry accident in Majuli. I have talked with Assam CM Shri @himantabiswa regarding the accident, and he has informed me of ongoing rescue and relief operations. I have directed

@shipmin_india to provide all necessary support to help the victims.”