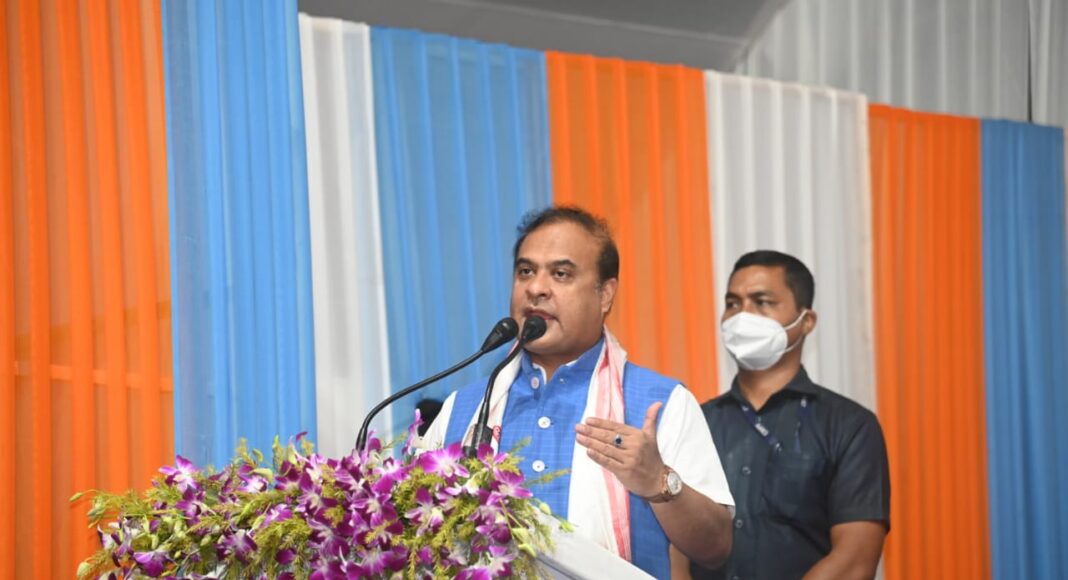 Guwahati: Assam Chief Minister Himanta Biswa Sarma attended a Memorandum of understanding (MoU) singing for Slipway at Pandu. The event was accompanied by the Union Minister of Ports, Shipping, and Waterways Sarbananda Sonowal.

Implementing a significant addition to the region’s financial growth under Prime Minister Narendra Modi’s vision of Act East Policy, the facility is expected to support waterways connectivity for promoting the movement of oversized cargo to and from the region.

As per the Memorandum of Understanding (MoU), the design and implementation of this scheme with the best measures would be assured.

The technical assistance is to be implemented by IIT Madras. The equipment (also known as Slipway) will be developed on an area of 3.67 acres granted by the Government of Assam.

It is supposed to be finished by August 2023. The facility is to be constructed at an evaluated cost of Rs 75 crores.

Assam Chief Minister Sarma stated that approximately 200 vessels are plying on the rivers of Assam. To repair these vessels, they had to be taken to Kolkata. Presently, with this facility in Guwahati, repairs will be done here, saving time and funds.

He stated that Prime Minister Narendra Modi had emphasized the construction of roads, railroads, waterways, airways, and internet connectivity in the NE.