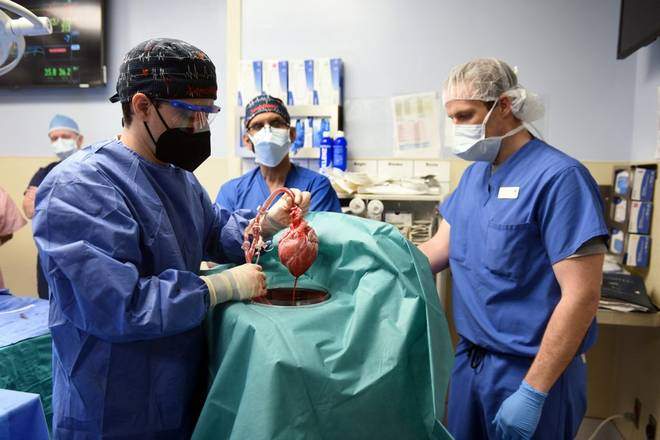 Digital Desk: Recently, the news of surgeons transplanting a genetically modified pig’s heart into a patient in a Maryland hospital in the US made rounds on social media on Tuesday.

Interestingly, Assam, a state in India has an important role to play in the victorious move of the US.

Assam’s Dr. Dhani Ram Baruah claimed that the American doctors are the successor of his medical invention back in 1997.

In the year 1997, Dr. Baruah and a Surgeon who hailed from Hongkong performed a Xenotransplantation (transplanting organs from one species to another) surgery and succeeded in transplanting a pig’s heart and lungs into a 32-year-old man at his clinic in Sonapur, Guwahati.

The patient survived for a week after the surgery, before dying of multiple internal infections.

The then Asom Gana Parishad government in Assam ordered a probe into the matter and issued arrest warrants against Dr. Dhani Ram Baruah and his co assist Dr. Jonathan Ho Kei-Shing.

Both the surgeons were found guilty of unethical procedure and potential homicide under the Transplantation of Human Organs Act, 1994 and were imprisoned for 40 days.

Interestingly, Dalimi Baruah , a student of Dr. Dhani Ram Baruah claimed that there is nothing new to know or to be shocked, as her mentor Dr. Dhaniram Baruah has already done it back in 1997, and the actual courtesy belongs to him.

Dalimi said her mentor’s ability to speak properly was affected after he had undergone brain surgery and tracheostomy following a stroke a few years ago. ‘However, we can understand what he’s saying – he told us that it was likely the US doctors used the same procedure and knowledge as he had done in 1997. He has repeatedly said that pig organs can be used in humans, but no one listened to him. After he was released from jail, he found that his whole hospital was burnt down,’ she said.

She said that Baruah ‘had not got the respect he deserved.’