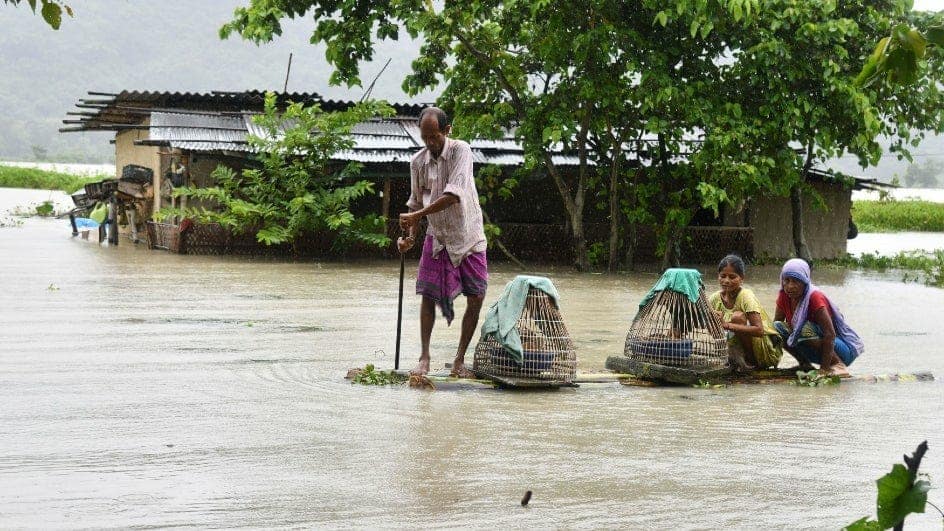 GUWAHATI: The flood situation in Assam worsened on Sunday with over 2.58 lakh people severely affected across 14 districts, forcing around 6,218 people to take shelter in relief camps.

Lakhimpur was the worst hit with over 1.05 lakh people affected, followed by Majuli with 57,256 persons getting severely affected.

At least 732 villages have been inundated. Almost 24,704.86 hectares of cropland have been damaged across the state due to the fury of the flood.

A total of 91 relief camps and distribution centers, spread across 10 districts, have been set up, where 6,218 people, including 2,180 children, are taking shelter.

The Brahmaputra was flowing at “above normal to severe flood situations” in Dibrugarh, Jorhat, Sonitpur, Goalpara, kamrup, and Dhubri districts due to incessant rainfall.

However, no human casualty has been reported due to the deluge so far.

Kaziranga and Dibru-Saikhowa National Parks have also been affected in this wave of flood with about 70 percent of the parks getting submerged respectively. Wild animals are being forced to flee the parks in search of highlands.
Meanwhile, the leader of the opposition Debabrata Saikia has demanded a special session of the Assam Assembly to discuss the impacts of the 2,000MW Lower Subansiri hydel power project amid the grim flood situation in the state.