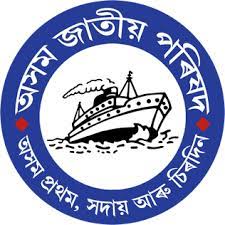 Guwahati: On Saturday, The Assam Jatiya Parishad (AJP) alleged that the PM-KISAN scheme provided to a section of ineligible farmers was a way to influence voters.

IT said that the BJP government in Assam and the entire saffron party had applied this scheme as a source to woo voters ahead of elections.

AJP had additionally claimed that the “highest number of ineligible beneficiaries” under the farmers’ welfare scheme has been identified in the northeastern state where the BJP-led government was in leadership and clutched it in the last assembly votes.

Tamil Nadu where the BJP had an association with the AIADMK was in the second position with 7,22,271 unfit farmers under the central scheme, AJP president Lurinjyoti Gogoi claimed.

According to the information provided by Union Agriculture Minister Narendra Singh Tomar in the Lok Sabha on July 20, Assam had implemented the PM-KISAN advantages to 8,35,268 ineligible farmers, he stated.

The AJP president further claimed that there was a “discrepancy in the figures of ineligible beneficiaries under the PM-KISAN scheme in Assam”.

“Again, it was informed in reply to a query under the RTI Act that 9,39,146 ineligible farmers in the state have been asked to return the money. There is inconsistency in giving numbers of ineligible beneficiaries,” Gogoi stated.

Gogoi further questioned the government’s reliability to discover the scam and asked the opposition parties to raise the matter in the state assembly to guarantee that suitable farmers are not deprived of the advantages of the scheme.