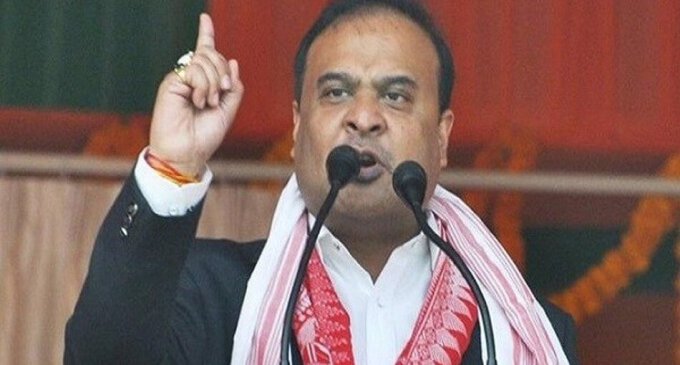 The chief minister, reportedly said this while addressing a closed-door meeting at the Keshav Niketan in Silchar.

Sarma has sought the help of the Rashtriya Swayamsevak Sangh (RSS) to save the Hindus from “aggression’ by people of a particular community who have been living in the remote areas of Assam, reported the newspaper.

He also reportedly said that the Satras in the state are in great danger due to aggression of people.

On the other hand, Sarma said that the Hindus living in the tea belt and border areas of Assam are also on the verge of extinction due to massive aggression, reported the national daily.

Also Read: Decision on cinema halls reopening will be taken next: Keshab Mahanta

In view of the situation, he reportedly urged the RSS to visit these areas and consolidate the Hindus to save such places from the “danger”.

Sarma said that the RSS will be able to save the Hindus as it is a grassroot-level organisation and has strong bonding with the masses living in remote areas, reported the newspaper.

Meanwhile, CM Sarma has dismissed the media reports. Speaking to media persons at Silchar this morning, the chief minister made it clear that he has never made any such comment.

“National media who can control. I had been there, had breakfast. Do I need lecture RSS? They know about Assam and northeast. What was the need for me to say something like that”, said Sarma.

Sarma said that he went to the RSS meeting as a ‘Swayamsevak’ to pay respect and beyond that there is nothing. The chief minister also said that they do not discuss any political issue with the RSS.