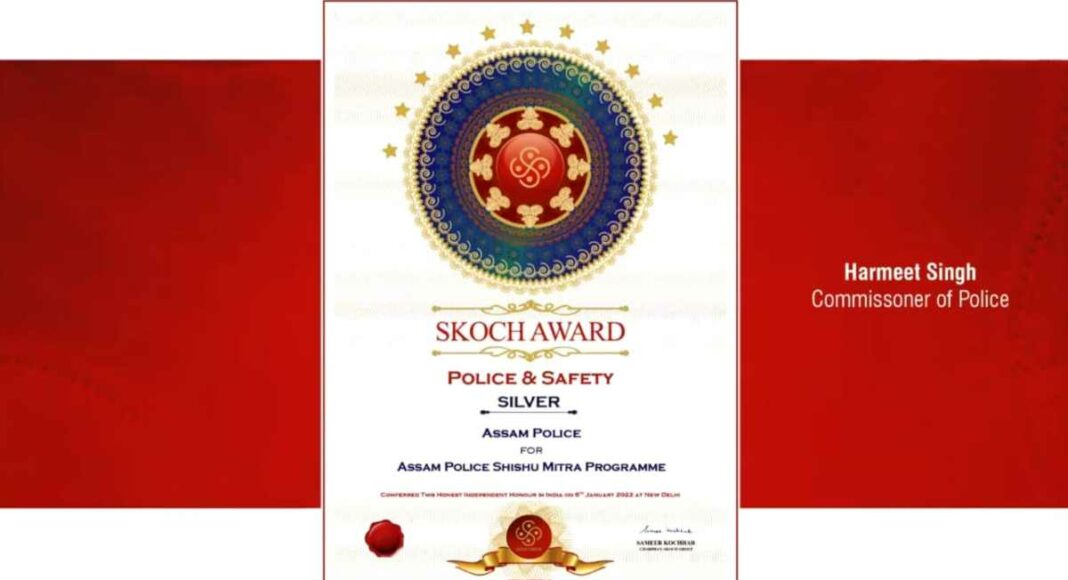 The programme was launched in August 2019 to encourage child-friendly policing in the state. Harmeet Singh, Assam Additional Director General of Police, accepted the award.

The Shishu Mitra programme was launched to remove the gaps between police and children and improve the capabilities of police officials to answer child-related issues more effectively and efficiently. This particular initiative of Assam Police is the first of its kind in the nation.

Under this programme, around 300 and above child welfare officials were trained on child rights, Juvenile Justice & POSCO etc. The training was also presented through virtual mode during the pandemic period.

The Skoch Award was initiated in 2013, saluting individuals, projects and organizations that go the additional mile to create a better nation.