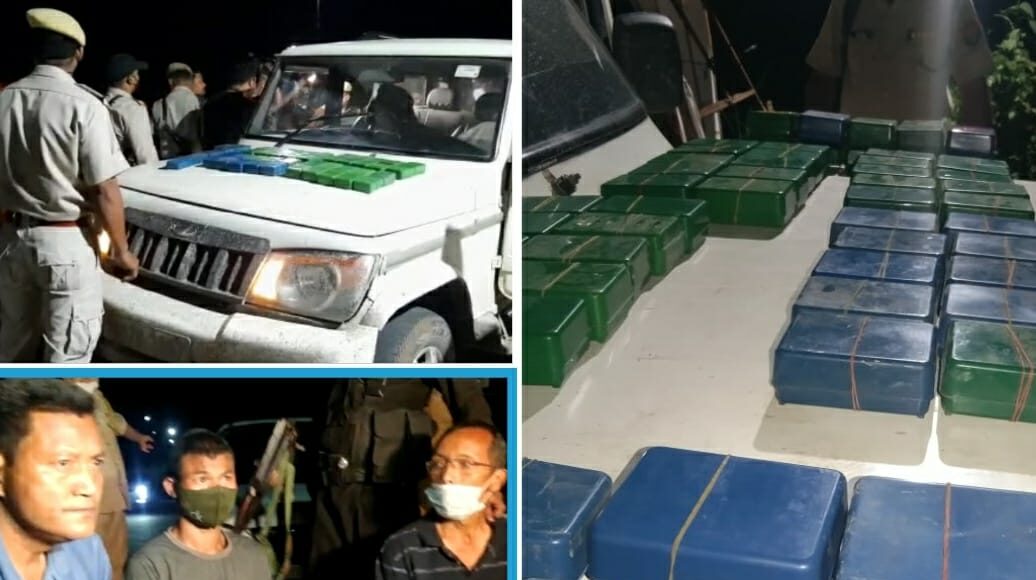 GUWAHATI: Continuing the crusade against narcotic drugs, Assam police on Saturday night seized a huge consignment of heroin at Sonapur, on the outskirts of the city.

Following intelligence inputs, personnel of the Assam police intercepted a Mahindra Bolero vehicle and after a thorough search, recovered 1.12 kgs of heroin, valued at Rs 7 crore in the grey market.

The consignment of heroin, packed in 94 packets weighing 12 grams each were concealed in secret chambers of the vehicle including the tail lamps, engine and seats.

Six persons were also arrested along with the contraband drugs.

Preliminary investigation suggests that consignment of the drugs were smuggled to Assam from neighbouring Manipur.

On Thursday, Assam police seized 2.20 kgs of heroin in Kokrajhar district of the state, which was valued at Rs 10 crore in the international market.

A total of 3,734 people have been arrested for their alleged involvement in illegal drugs and liquor trade and 2,277 cases registered in different police stations in the state since January 1 to July 6 this year.

On the other hand, a total of 1,328 people have been arrested and 781 cases have been registered across the state, in less than three months, ever since the second BJP-led government assumed office in May this year in Assam.