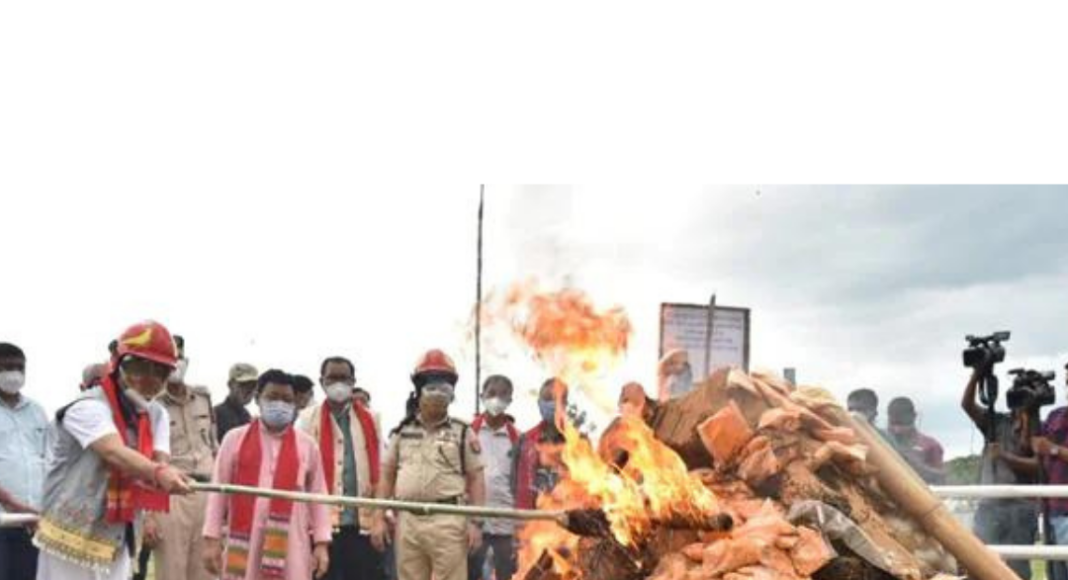 Guwahati: Assam Chief Minister Himanta Biswa Sarma on Saturday introduced fire to stacks of drugs at two places as the state government commenced its drive to destroy narcotics worth over Rs. 160 crore seized over the past couple of months.

As per reports, four locations have been chosen for the public burning of drugs drive. The drive was maintained at Diphu and Golaghat on Saturday and will be performed at Nagaon and Hojai on Sunday.

While addressing CM Sarma in Golaghat, he said “We have managed to recover narcotics worth Rs. 163 crore over the past two months through the proactive action of our police department. This, however, is only 20-30% of the state’s narcotics market. This means Assam has a narcotics market worth Rs. 2000-Rs 3000 crores.”

Discoursing on the event, Chief Minister Dr. Sarma stated that the State government has affirmed zero toleration upon drugs as it has adversely influenced many families posturing a dangerous threat to the future of the young generation.

“We were only aware that Assam was a transit route for narcotics from neighboring countries to mainland India, but looking at the size of the narcotics market, we can say that this addiction has spread among several youths in Assam too,” Sarma stated.

“There have been certain incidents in which those involved in drug trafficking cases tried to escape and police had to shoot at their legs. For these actions, our police have received certain criticism too. But, being Assam’s CM, I give complete freedom to Assam Police to take sternest actions within the ambit of law while dealing with such criminals. I encourage them to take the strictest of the strict steps they can under the Code of Criminal Procedure,” Sarma said.