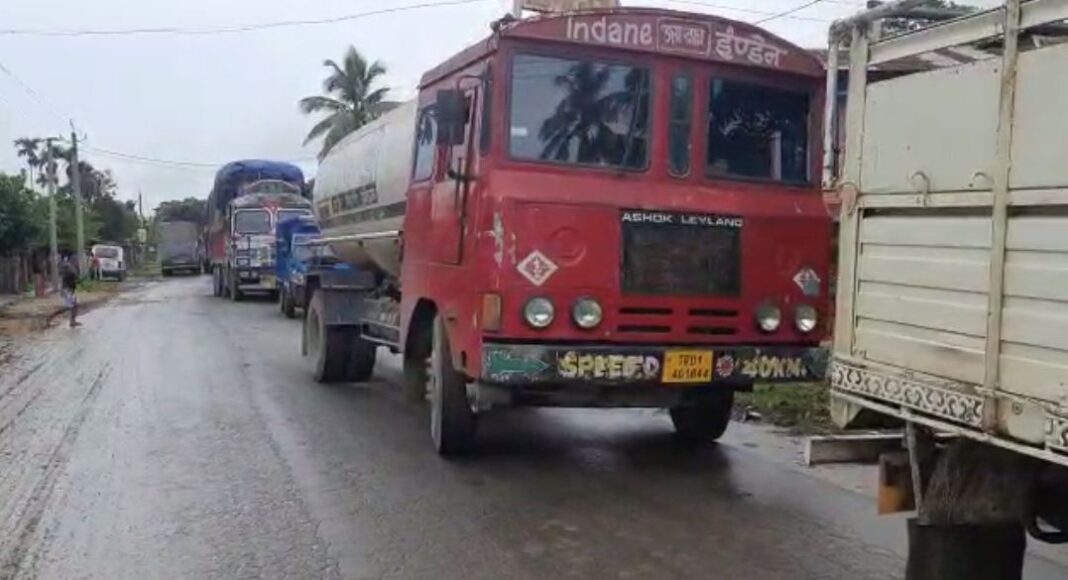 Guwahati: The villagers of Lowarpowa of Karimganj district blocked the national highway leading to Agartala. The event is a protest against the movements of essentials for Mizoram via Tripura.

The Barak Valley residents threatened Tripura to prevent the transportation of goods to Mizoram.

Mizoram is surrounded by Assam, Manipur, Tripura, Bangladesh and Myanmar. The state is highly dependent upon Assam for the transportation routes for its essentials. However, following the border conflicts, the movement of train, vehicles and other means were suspended.

As per reports, the group of people in Lowarpowa gathered on NH8 connecting Tripura on Monday morning. They protested against the passage of essential commodities to Mizoram via Damcherra of North Tripura.

One of the protesters said that after the death of six Assam police personnel by Mizoram, it’s shocking that Tripura has extended helping hands to the state.

The residents claimed that Tripura didn’t take any action to prevent the passage of goods means to Mizoram. The villagers also criticised the Tripura government for its gesture of allowing Brus displaced from Mizoram to settle in the state.

They claimed that when the Mizoram government had not allowed its people around 40,000, Tripura allowed them and even restored them. However, the Brus have been continuously agitating the locals of the area.