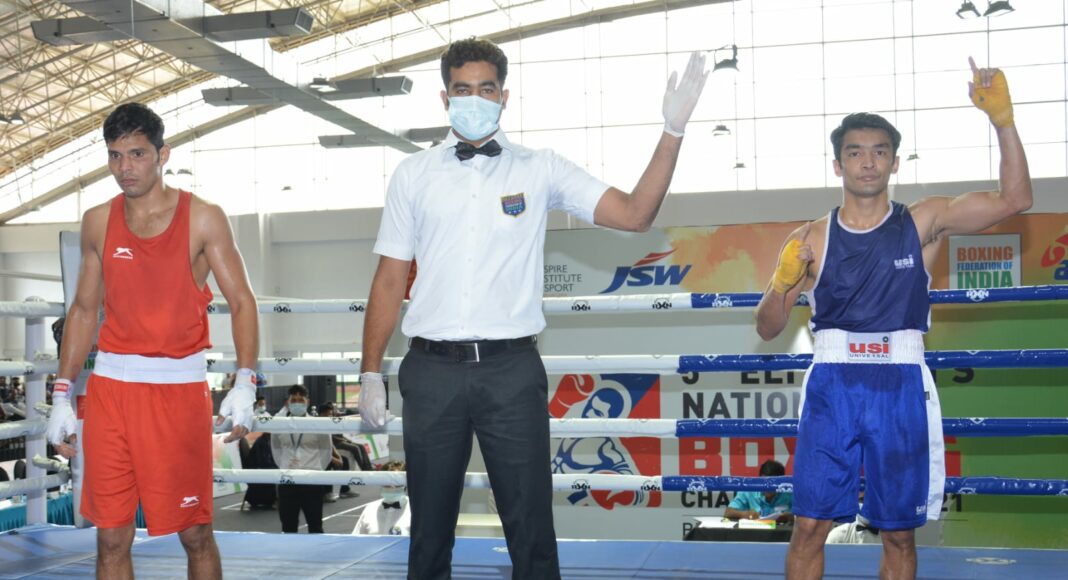 The World Championships bronze medalist Thapa recorded a dominating victory against Uttar Pradesh’s Abhishek Yadav by a unanimous margin in the 63.5 kg category.

The experienced Assam pugilist Thapa will square off with Services Sports Control Board’s (SSCB) Dalveer in the final.

The final match will be played on Tuesday.

Meanwhile, the current Asian champion Sanjeet, representing SSCB, proved too strong for his opponent Harsh Kaushik from Delhi as he registered a convincing 5-0 win in the 92 kg semi-final.

Another SSCB boxer Hussamuddin, however, faced a tough challenge from the in-form Haryana youngster Sachin.

The defending champion Hussamuddin had to work hard before completing a 4-1 win in an intense 57 kg semi-final bout.

He will fight against Delhi’s Rohit Mor in the gold medal match.

Chandigarh’s Kuldeep Kumar (48kg) and Sagar (+92kg) also made their way into the finals with equally dominant victories.

For Karnataka, Nishant Dev booked a final berth in the 71kg category. He got the better of Haryana’s Yashpal with an easy 5-0 win.