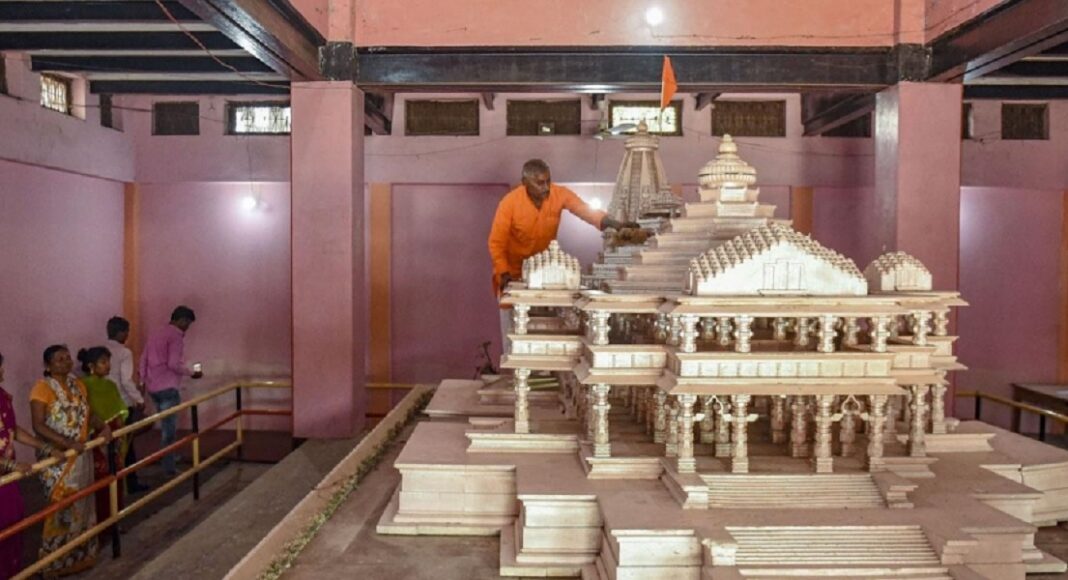 New Delhi: Shri Ram Janmbhoomi Teerth Kshetra Trust said that the construction of Ayodhya Temple would be ready soon. The trust was created to look after the development and supervision of the temple.

“The establishment of the Bhavya Mandir at Shri Ram Janmabhoomi is progressing on at a quick speed. It will be available soon and the gates would be opened for all believers for darshan. May Shri Ram bless all. Jai Shri Ram,” the trust tweeted.

“A year ago, on this day, the Bhumi Pujan for a Bhavya Mandir devoted to Bhagwan Shri Ram took site. The historic moment was after conflict for hundreds of years. Words fail to do justice to the support & blessings derived from millions of followers,” it stated.

On August 5, 2020, the foundation stone was set down by Prime Minister Narendra Modi for the Ram temple in Ayodhya.

A bench of the apex court was consistently ordered in support of Ram Lalla. It handed over the complete disputed property to a trust which the government would set up.

(With Inputs from ANI)

Share
Facebook
Twitter
WhatsApp
Previous articleDiscontentment among Indians in the US as 100,000 Green Cards at risk of going waste
Next articleWoman of words: An emotional Mirabai Chanu thanked all truckers who gave her lifts during training days