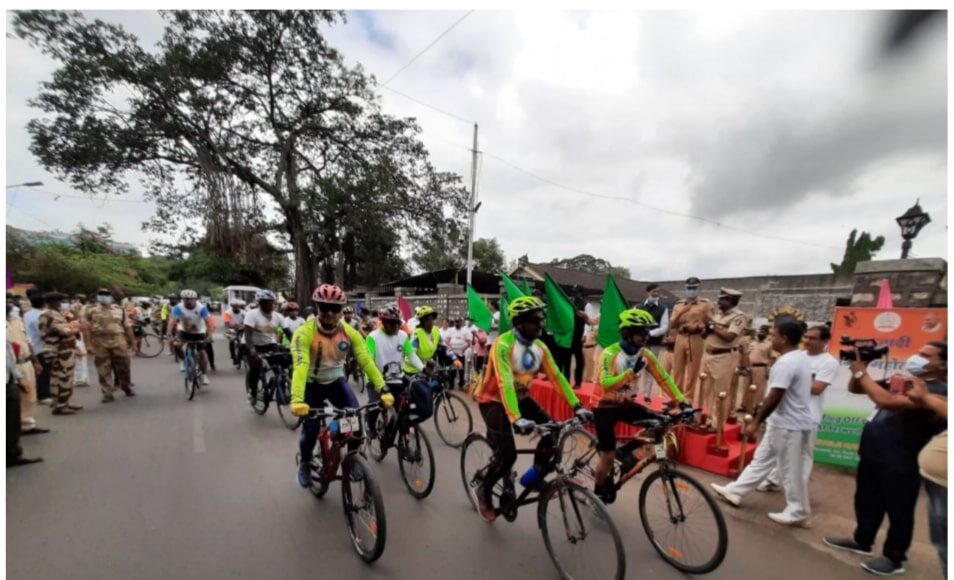 He also stated that this initiative had been taken concerning celebrating the 75th anniversary of India’s Independence (Azadi Ka Amrit Mahotsav).

The Directorate General, CRPF (Central Reserve Police Force), has intimated that a cycle rally is being arranged from Jorhat to Rajghat in Delhi.

In this concern, the North Eastern Sector of CRPF has been allocated the duty to manage the cycle rally on Route 3 from Jorhat to Siliguri (West Bengal) via Group Centre, CRPF Guwahati.

The cycle rally on Route-3 began from Jorhat on August 31, 2021. The cyclists reached Group Centre, CRPF in Guwahati on September 4, 2021, after covering a distance of 360 km.

The rally will continue to Siliguri from NH-37 via Kamrup, Rangia, Nalbari, Barpeta, Bongaigaon and Kokrajhar districts of Assam by covering a distance of 499 km.

Notably, commemorating the 75th anniversary of India’s Independence on August 15, 2021, the MHA (Ministry of Home Affairs) commemorations began on March 12, 2021, including 15 cycle rallies all over India.

There are around 50 cyclists taking part in the rally. The entire team of cyclist are supposed to reach Delhi on October 2, 2021.