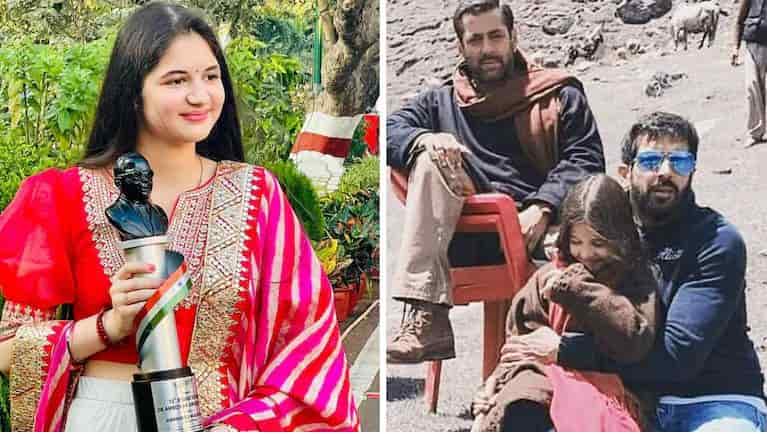 Adding another feather to her acting career, Harshaali went on to become the recipient of the prestigious Bharat Ratna Dr Ambedkar Award for her acting in Bajrangi Bhaijaan. Sharing photos of her from the ceremony while receiving the award, the young actor thanked Salman Khan, Kabir Khan, casting director Mukesh Chhabra and the entire case of Bajrangi Bhaijaan for giving her the role and supporting her immensely throughout the film shoot.

Also read: “I want my son to look like Hrithik Roshan” Kristen Stewart

It was a big day for the actor on Sunday, January 9, 2022, as she received the prestigious award Bhagat Singh Koshyari, Governor of Maharashtra.

The actress shared an array of photos on her Instagram handle and wrote, “This award is dedicated to @beingsalmankhan @kabirkhankk @castingchhabra unclefor believing in me and for full @Bajrangibhaijaan team. Bharat Ratna Dr. Ambedkar national award from shri Bhagat Sing Koshyari (Governor of Maharashtra) (sic).”

She shared another photo of herself the award and wrote, “Blessed to receive Bharat Ratna Dr. Ambedkar national award from Shri. Bhagat Singh Koshyari (Governor of Maharashtra) (sic).”

The film became a blockbuster hit and Harshaali became a householed name overnight, with everyone calling her by the onscreen name ‘Munni”.

On Salman Khan’s birthday, the actor announced a sequel of Bajrangi Bhaijaan and said it has been named Pawan Putra Bhaijaan.